Trolls. Big rocky things that don’t like sunshine. Personally, I prefer dragons but that doesn’t stop this show from being awesome. It is extremely hard not to like the action, humour and high quality animation that makes up this cartoon, the only problem is that it can only be watched on Netflix. You’ll probably get an idea of what it’s about by reading my posts but I’m afraid you won’t get anything near the full effect. Sorry humans. 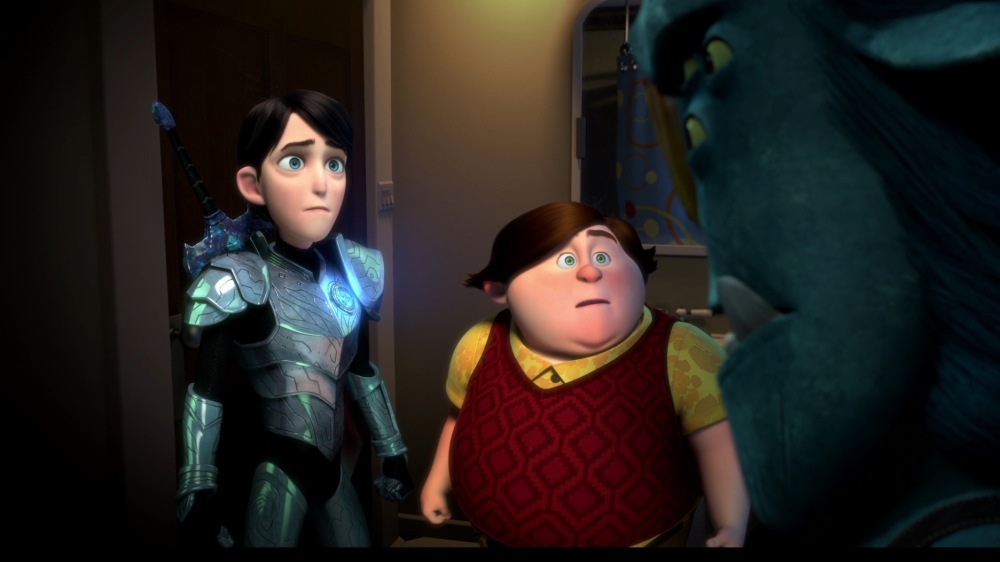 The show is about a teenaged boy called Jim. Wow! That is such an original name. Anyway, Jim stumbles across this magical amulet which apparently chose him and when he’s says some funny words, he gets this cool glowing armour and a huge sword. His job is to protect both the human world and the troll world, which he does with the help of his friends.

The animation of this cartoon is absolutely STUNNING! Half the scenery and characters in this show glow and it looks REALLY COOL! You can tell that a lot of effort went into the polishing stage. I mean, just look at that lighting. There is also a lot of attention to detail from the intricate crystals and buildings of Heartstone Trollmarket, to the patterns on the trolls’ skin.

There are some really hilarious characters in this show. Kim’s best friend Toby is probably the funniest. The way he reacts to many of the situations they end up in is generally pretty funny. Jim’s mentor is a six eyed troll named Blinky who tries very hard to train the first human trollhunter, but in the beginning, his bizarre rules and teaching methods make him kind of annoying. My favourite character is this huge troll called Aaarrrgghh! who is probably the most powerful member of the group but he doesn’t fight because he’s a pacifist.

All of the non human characters in this show look really cool. The trolls, changelings and goblins all have cool and interesting looks and traits that make them not only entertaining but rather unforgettable. The behaviour of the goblins never fails to amuse me.

The main antagonist of the show is an evil troll named Bular. Yes he’s powerful and evil and he’s the son of an even more powerful, evil troll, but still, he’s just so awesome! I mean, look at him! Yikes he’s creepy but also cool at the same time, especially whenever he roars. 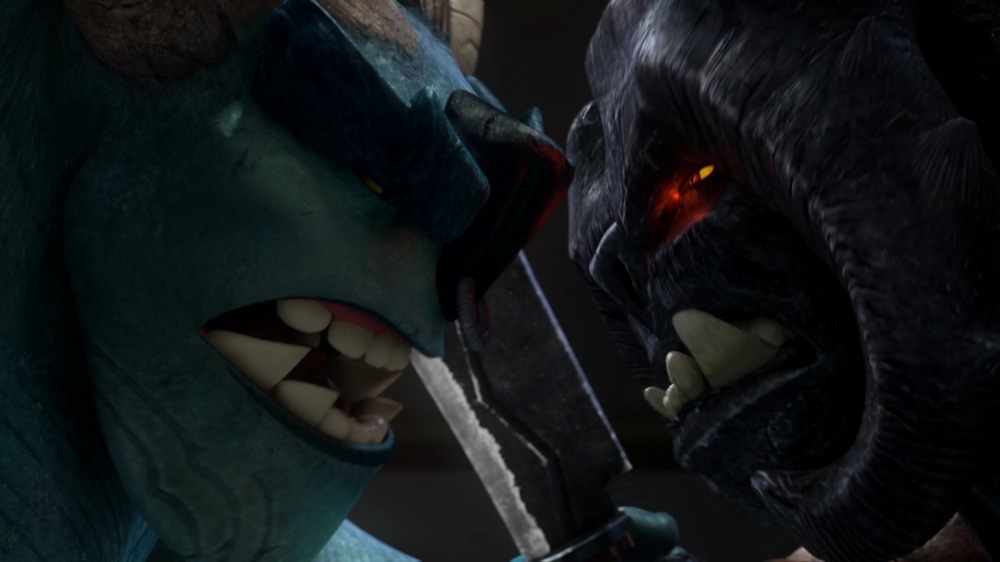 Unlike other shows that I’ve reviewed, the episodes of this show are tied together into one story. Yes, each episode has its own little theme but they all connected to create something bigger. I found it very interesting to watch how the the characters and story develops.

This is a really epic cartoon! Again, you need to have Netflix if you want to watch it. The characters and the story are really interesting and entertaining. The concept is pretty original and it’s suitable for all ages, I hope you’ll enjoy it as much as I do. Stay awesome and keep watching cartoons, Toonbiter out!