This is something that I definitely WASN’T expecting. Nino had a crush on Marinette? When did that start? When I first saw the episode, I was kinda worried. The series already features a love square, I don’t think we need it to turn into a love pentagon.

Can you spot Master Fu in this picture? I love this little earpiece conversation. I found it hilarious how there were speech bubbles that showed their facial expressions. Although, they were too adorable to be taken seriously.

Animan is a pretty cool villain, I’d love the power to turn into animals. I wonder if I could become a dragon. His purple eyes look awesome as well. Come to think of it, Animan is basically an evil version of Beast Boy from Teen Titans.

Wow, Cat Noir scored a chin scratch. I wasn’t expecting Ladybug to do that. There’s a lot of moments in this episode that I wasn’t expecting. I had to rewatch this scene to make sure I didn’t imagine it. I love the scenes in this show that are both cute and funny at the same time, like a puppy getting stuck in a cardboard box. 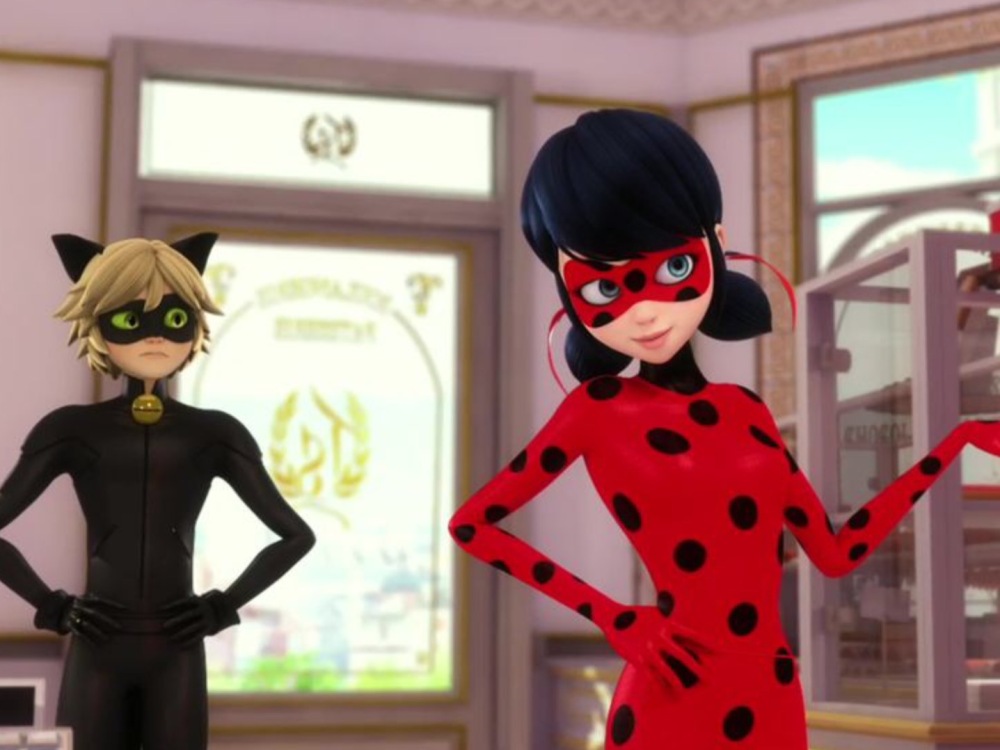 I love how Ladybug nearly blabs her identity to her parents. What’s less funny about this scene, is it reminds us that her Mum and Dad don’t know who she really is. I know she can’t tell them, but they’re her PARENTS! How can they not recognise her? It’s frustrating that Ladybug and Cat Noir can’t figure out each other’s identities, but her parents should be able to recognise their OWN DAUGHTER!

I wonder why our feline friend is gawking at that picture. Does he like staring at Marinette? Or perhaps he’s just daydreaming, although it doesn’t look It. Maybe he just likes the idea of Marinette’s family. If his mother disappeared, maybe he’s just remembering what is was like when she was still around. 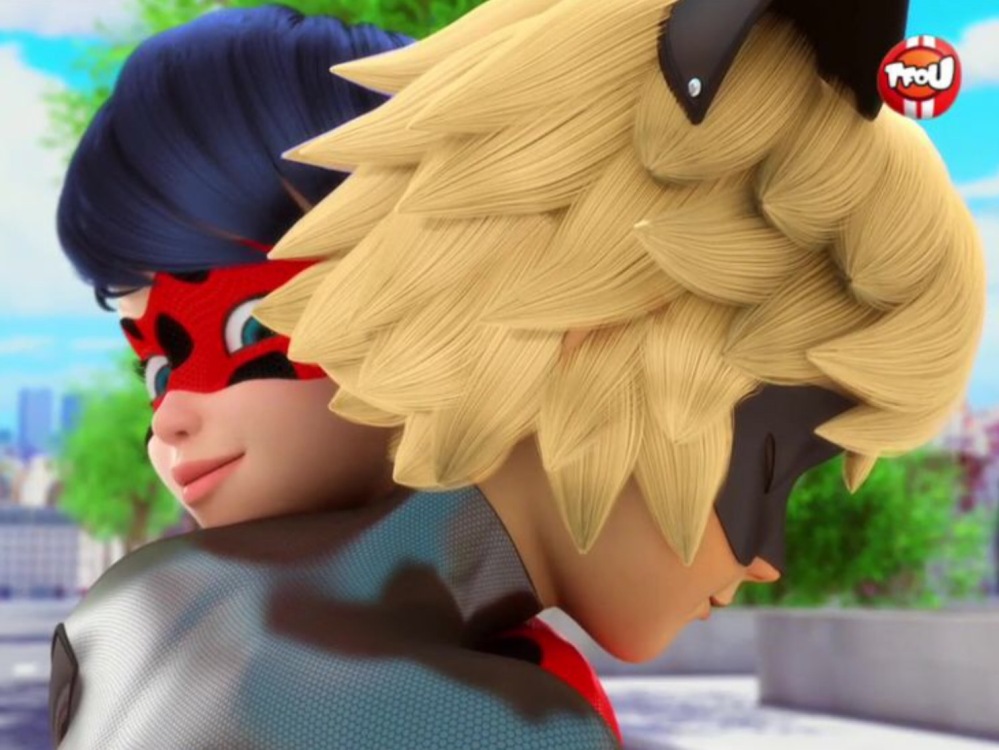 Aww, this scene is so CUTE!!! Up until now, I never thought Ladybug would let Cat Noir hug her. And then, BOOM it happens! I guess she was always annoyed at the way he constantly flirts with her, when they’re busy fighting a villain. This time, he was actually sincere.

Oh look, something I wasn’t expecting. Again. I figured they’d sort out Nino’s mixed up crush when they were locked in the cage, but I didn’t think he was going to end up with Alya. Although, I have no idea what ended up happening with this relationship. As far as I know, this is the only episode that features these two as a couple. In every other episode, they’re just friends. Did they break up, or was this just an idea of one of the writers that didn’t end up going anywhere.

I think this is a very well balanced episode. It has a good amount of action, humour, shipiness, and unpredictability. Although, it may be that I’m just horrible at predicting things.You know, I’m actually kind of glad that Alya and Nino don’t really go anywhere. If Alya’s too busy having a boyfriend, then Marinette will lose her best friend. I’m pretty sure, the purpose of Alya’s character is to be Marinette’s friend, not Nino’s girlfriend.