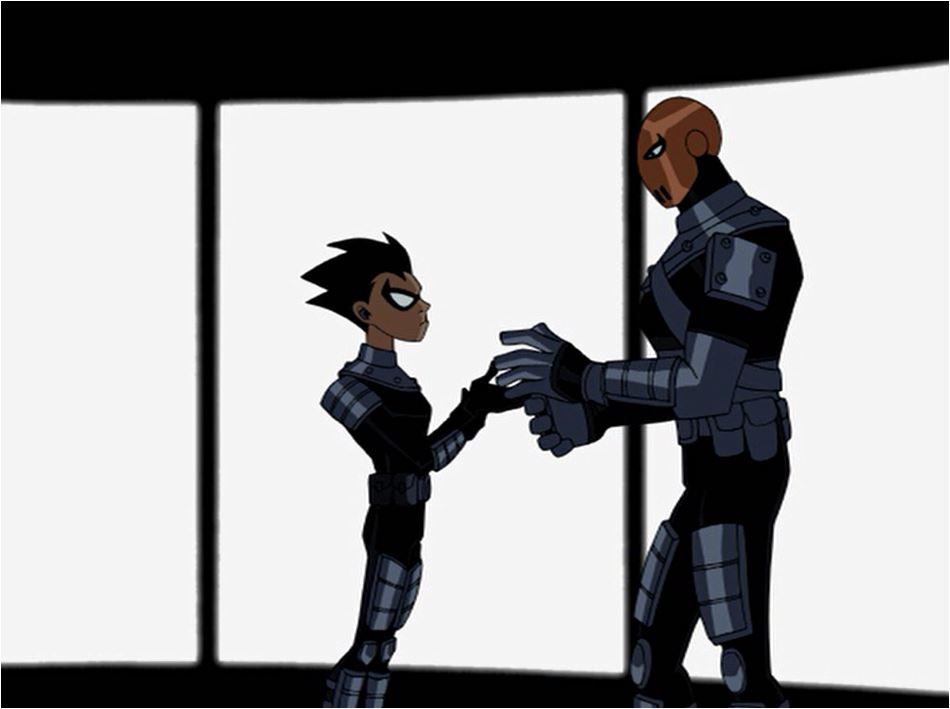 Ooh, Batman reference! So, Robin saw the grumpy, bat themed superhero as a father. I never really watched many of those movies. I guess I found Batman’s personality a bit strange, and I think he over decorated his car. That’s just my opinion, no hate mail please.

This part cracked me up. Beast Boy should never become a detective. Ever. If he does, I can only imagine all the innocent zombies, evil robots and radioactive clones that will be locked behind bars for crimes they didn’t commit. 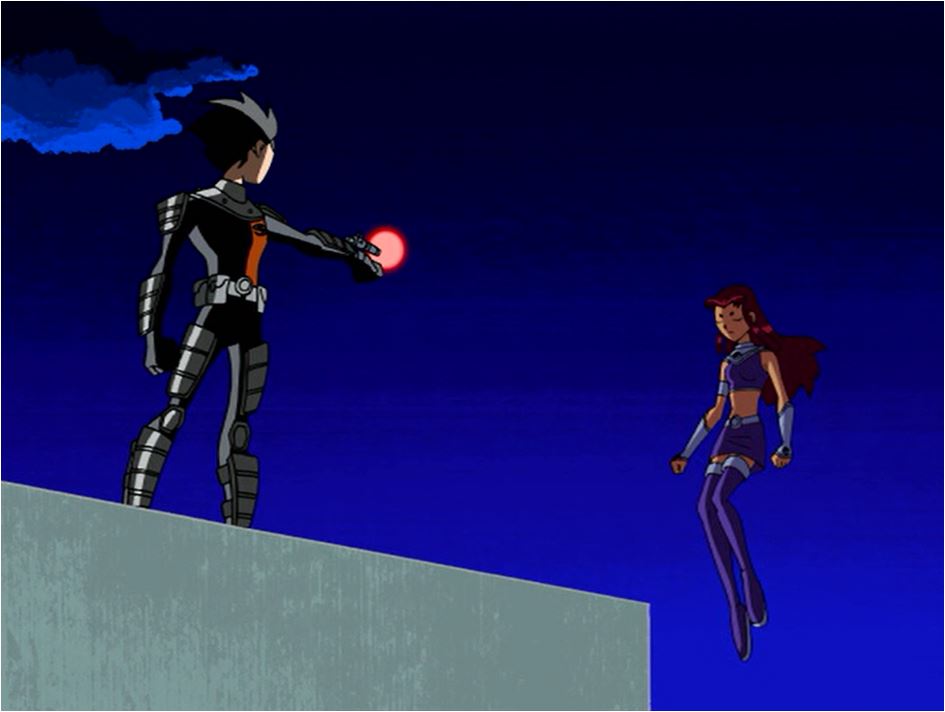 Geez, I was feeling really sorry for Robin in this scene. He’s got Slade yapping in his ear to attack, ATTACK DAMMIT! It is a lot easier to shoot a thermal blaster at someone you care about when they can also hurt you. Imagine the internal struggle this poor teenager is going through when his crush has just thrown herself at his mercy. His only options are to shoot her or watch her be killed by a billion microscopic probes.

Slade is cruel, sly and ruthless. Apparently, he is also as blind as a shrivelled bat. He sits in his extremely uncomfortable looking chair, talking to himself about how well Robin is doing. Can’t he see that Robin is holding back because he doesn’t want to hurt his friends? Somebody get this guy some carrots!

Slade must’ve been that little smart kid who was always getting bullied in primary school, because he obviously doesn’t understand the concept of friendship. Of course Robin cares about his freaking friends! Although they’re probably more like family, they still care about him, even though he keeps attacking them. 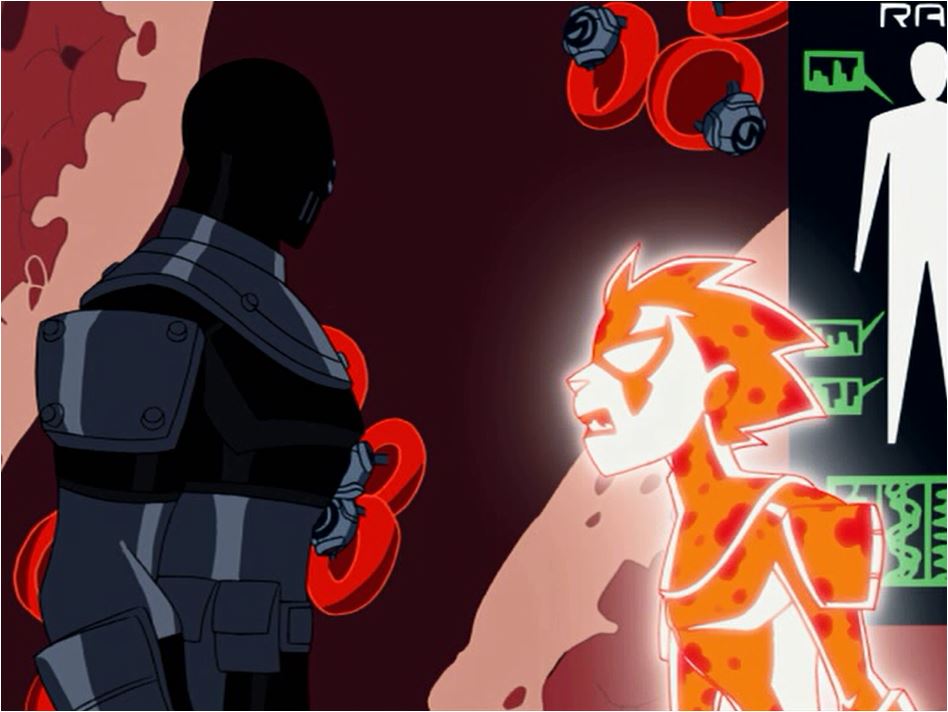 This was actually a really smart idea. At first I thought Robin was going to try to break Slade’s zappy laser thing, but this was WAY more effective. Congratulations Robin, you’ve found Slade’s weakness. He hates losing and now we can sit back and watch him get desperate.

Okay, so now we definitely know that Slade’s a human. He’s got hair. His face is much more square than his mask makes it look, but let’s go back to the hair. It’s short. Well, he obviously doesn’t spend his whole life in his suit or his hair would be long and his BO would be terrible. I can’t smell him through the screen but I can see a lack of facial hair, which means he shaves. Why would you worry so much about your appearance when all people see is your suit?

Starfire, why the heck are YOU apologising? Who cares if you doubted him? That guy attacked you, then shot you with a heat Ray while you were busy being killed by tiny probes. You should be slapping him in the face, not saying sorry when you haven’t done anything.

The first season of Teen Titans is officially finished! What a dramatic finale! Not only have we learned a lot about Robin, we’ve learned a lot about Slade. He gets desperate when he starts to lose his battles and he cares about his appearance even though nobody knows what he actually looks like. You guys stay awesome and keep watching cartoons, while I go and find another show to sink my teeth into.