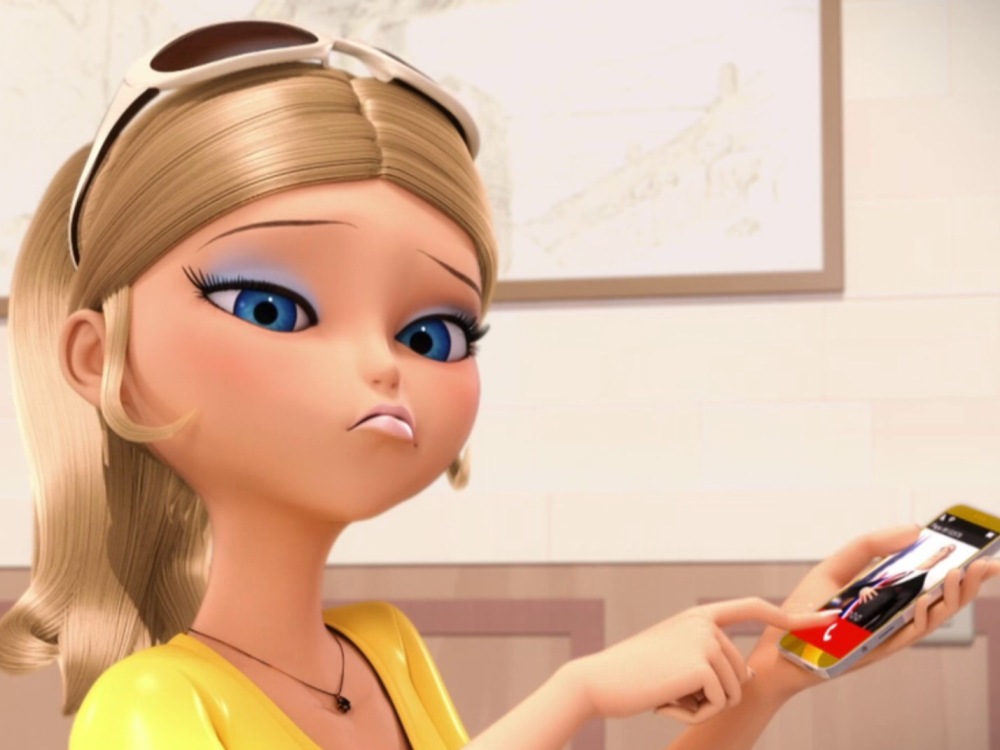 If I was asked to sum up Chloe in one word, I think I’d go with ‘obnoxious.’ She is such a brat, and she’s responsible for ten of the twenty six akumatized villains. I guess this is what what happens when rich people spoil their children, and I don’t think she’s had enough discipline as a kid. Either that, or the school principal really needs to learn to exercise his authority. 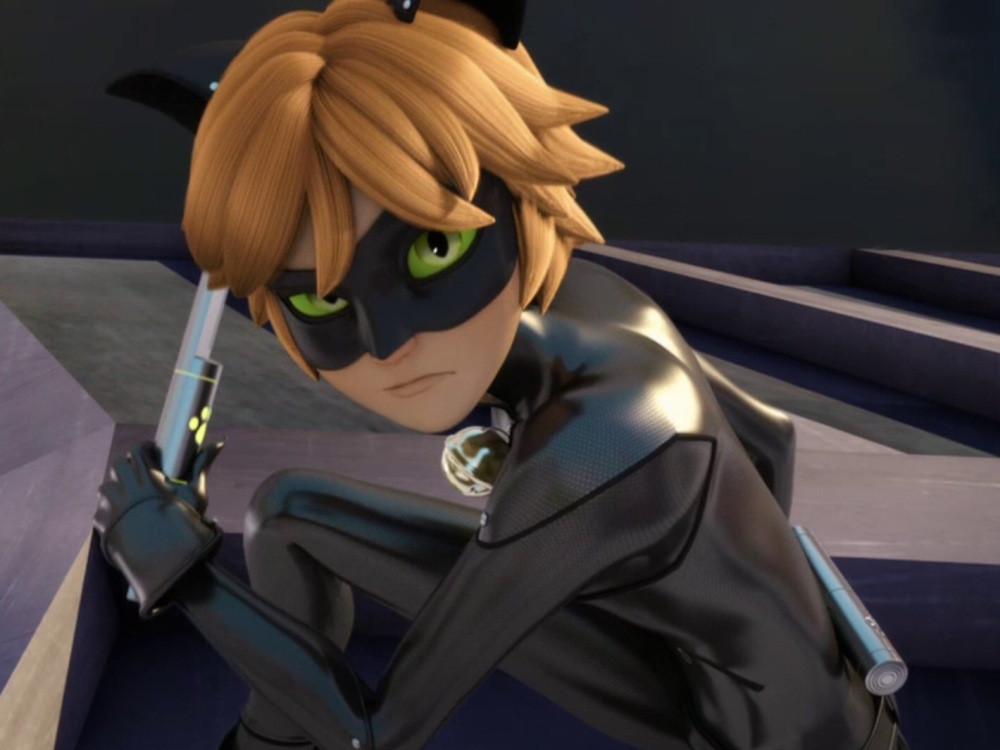 Why does Cat Noir have two sticks? Maybe he has a collection. I know that something he obviously doesn’t have, is logic. Chloe can’t be Ladybug because they’ve both been together in the same place. Think back to Timebreaker, when you and Ladybug ran past Chloe when she was frozen. Not to mention that Chloe’s hair is blonde, unless Cat Noir is also colour blind. That would be an interesting plot twist. 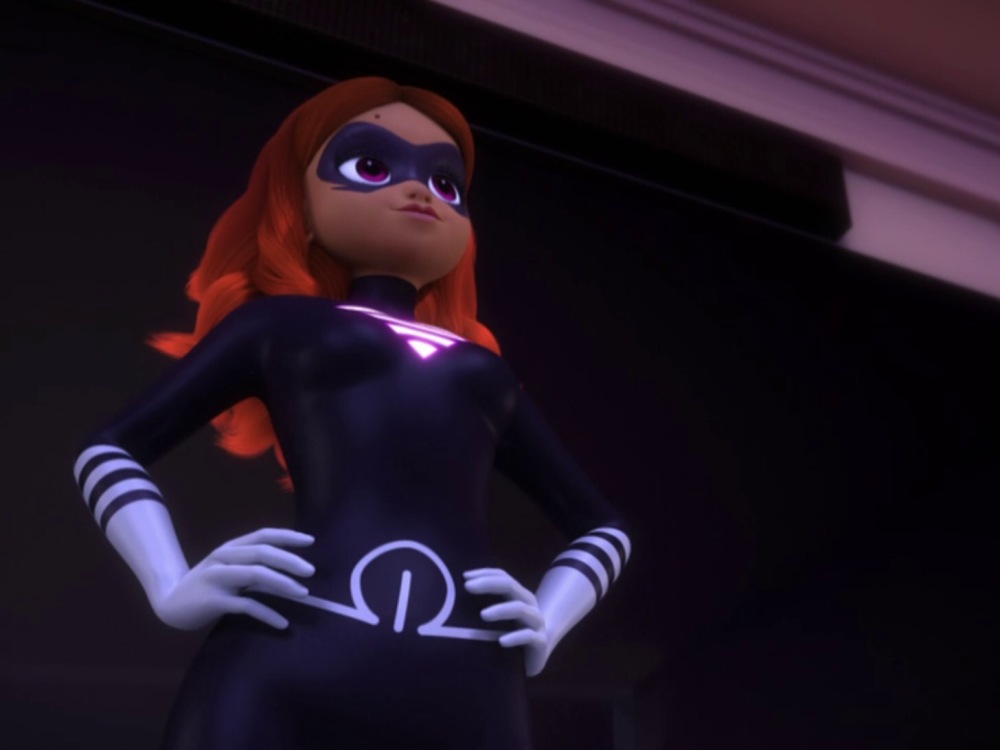 In my opinion, Lady Wifi is a really cool villain. Her costume is cool, her weapon is easy to carry, her powers are awesome and I love how she can pop out of any phone she likes. The first time I watched this, I was hoping she wouldn’t get hurt too badly. Yes, she’s a villain but she’s also Alya who’s one of my favourite characters.

Gees, Cat Noir is a bit nosy. Why are you sticking your schnoz where it doesn’t belong? At least ask her when she isn’t stressing about fighting her best friend. Then again, maybe Ladybug shouldn’t be so hard on him. He’s just trying to get to know her. 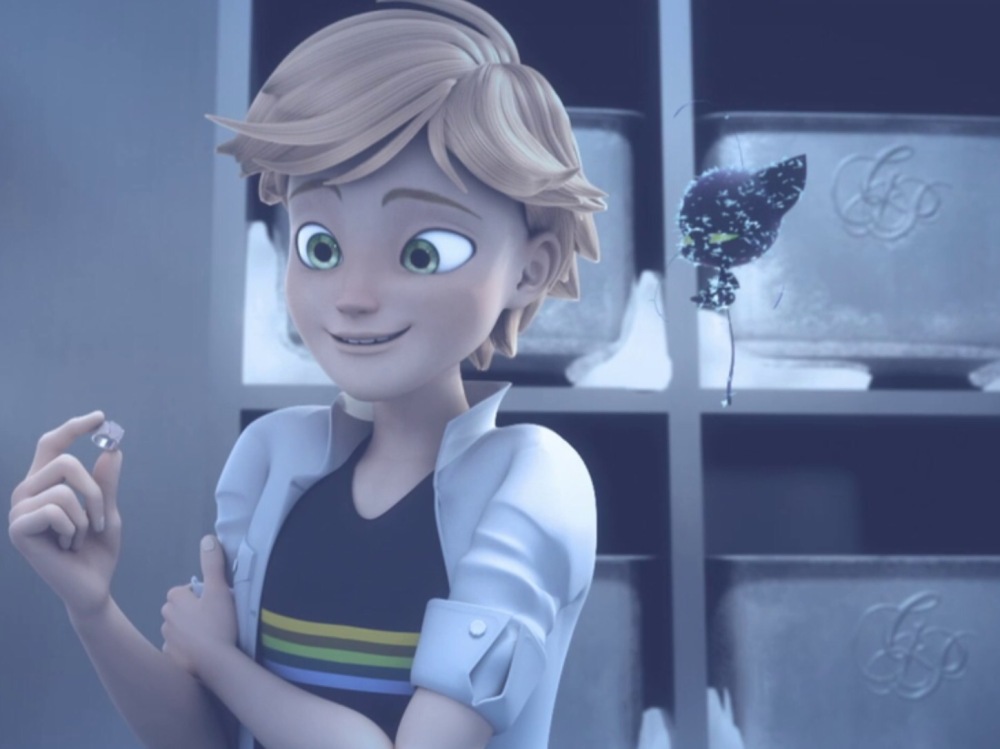 Now this is interesting. Cat Noir’s ring comes off, but Plagg’s still there. In the origins, as soon as Ladybug takes off her earrings, Tikki disappears. For those of you who don’t already know, the way these miraculous jewels work is if you don’t want to be a superhero, your kwami disappears. If you lose your miraculous by accident, your kwami stays. Pretty cool. 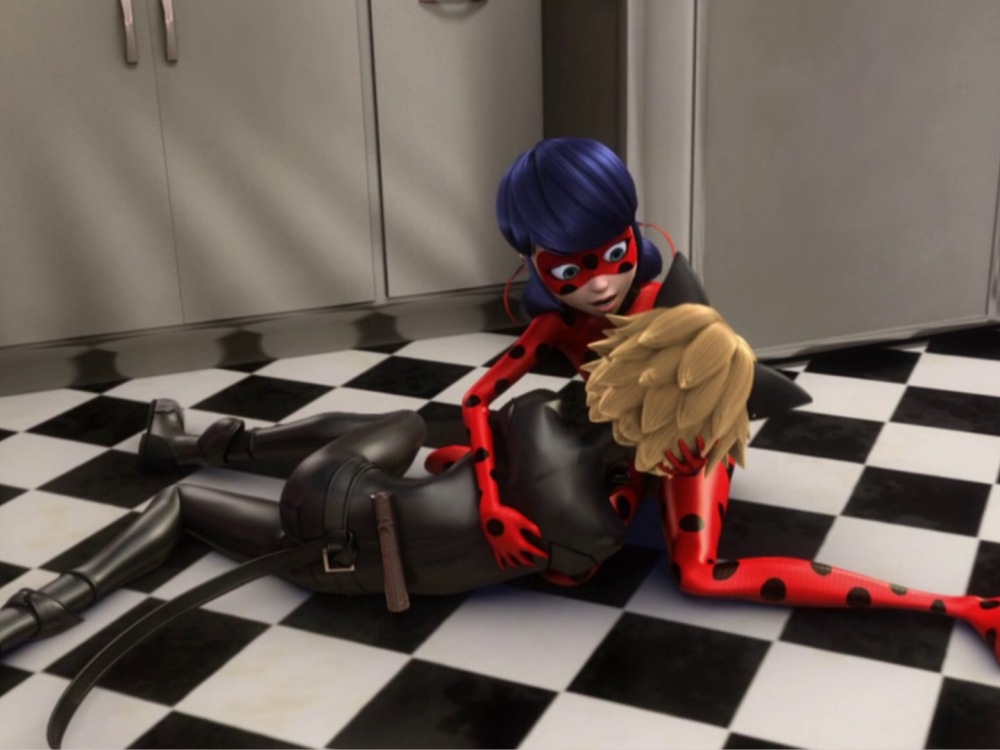 This scene is really cute. If someone fell over in front of me or on me, the first thing I’d do is poke them. Cat Noir obviously doesn’t do well in the cold, I get the shivering but why collapse? Either he didn’t feel like standing up, or he wanted some attention from Ladybug. 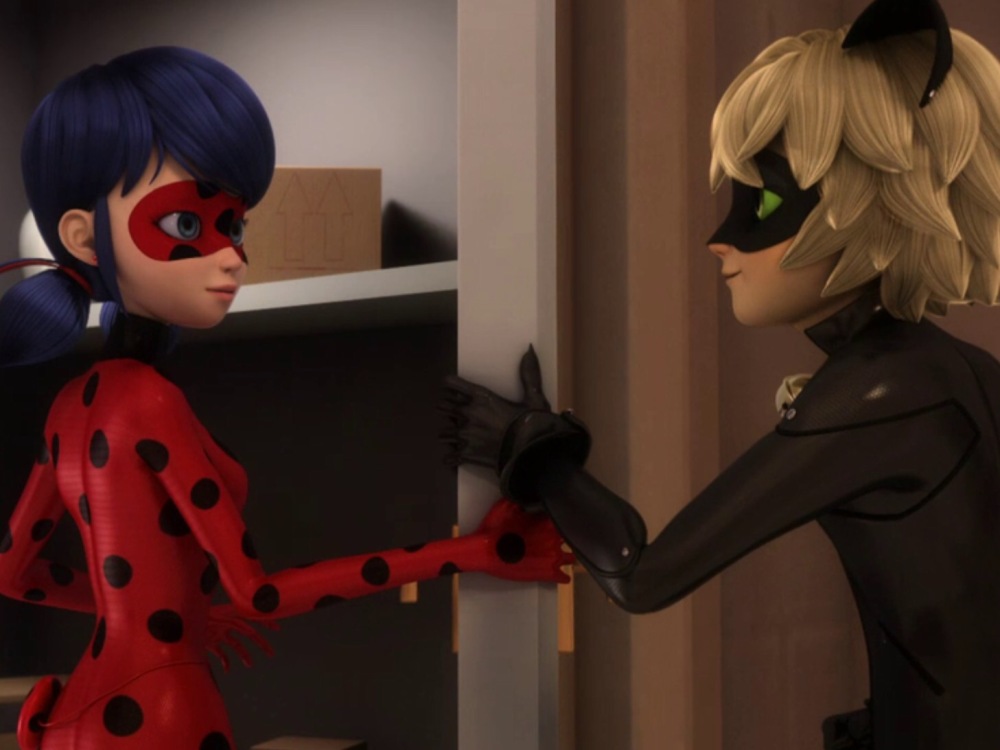 This is the other cute scene. The fans would definitely prefer for Cat Noir to have peeked through the door, but then the first season wouldn’t be a very good time to reveal their identities. It’s still sweet that he tried. 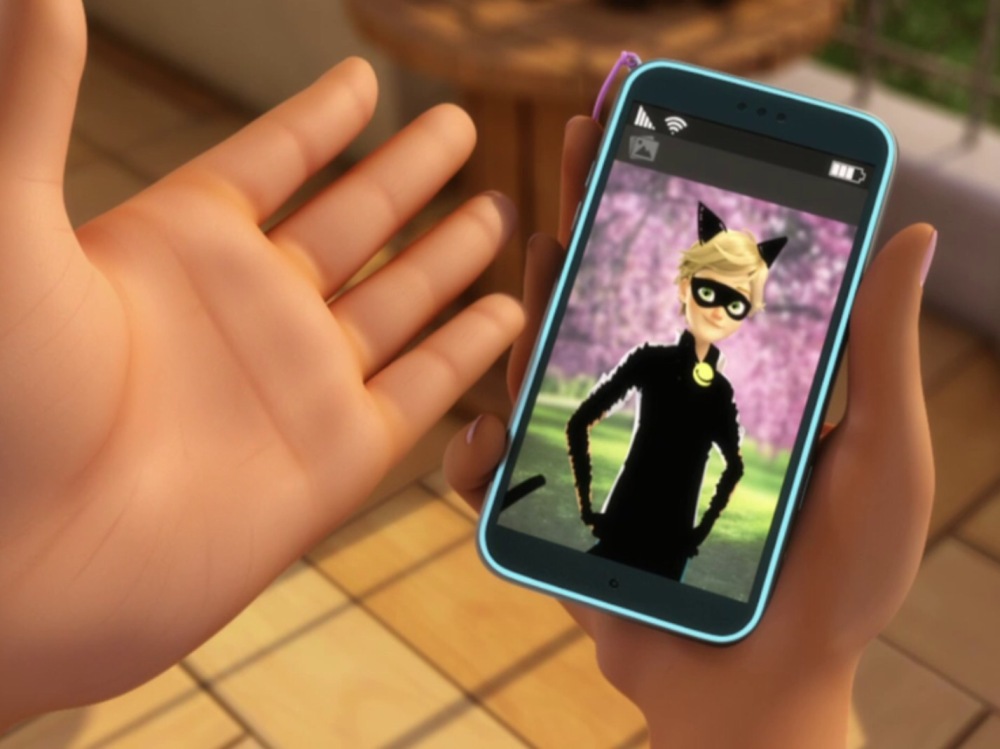 It is at this moment that if you listen carefully, you can hear the fandom screaming. This is one of my favourite episodes of the first half of the season. Plenty of action, special effects, and shippy moments. See you all next week!