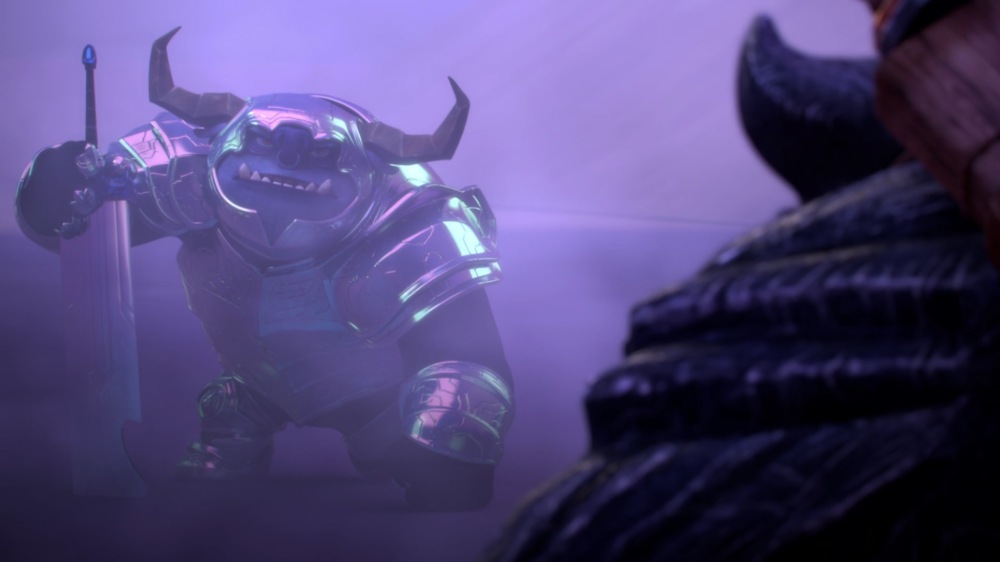 Introductions are overrated, which is why the first episode begins with an epic troll battle. It’s extremely easy to determine which one is good and which one is evil. I should probably warn you not to root for this particular good guy as it is likely you will be disappointed.

This boy is the perfect example of what parents call a model child. This guy is cleaning the house, making a bunch of fancy meals and bringing his mother breakfast in bed. Every adult who’s watched this has probably asked why their own offspring aren’t this well behaved. The answer is of course that this is a cartoon and real teenagers are extremely lazy and will only do stuff if you pay them.

I think it’s pretty obvious who the comic relief is in this show. Is there anything that this boy doesn’t fall off. I don’t know how he has survived this long if he can’t even manage to put a sock on. Seriously, how does he even get dressed?

It is also obvious who the bully in this show is. This is a great cartoon but I’m noticing a lot of cliches. The hero’s sidekick, the hero’s crush, and the jerk at school who thinks he’s so tough and you want to slap him all the time.

Toby is absolutely right, Jim mothers his mother a lot. He’s made her dinner, and instead of complaining about his phone or something, he’s telling her to reheat it in an oven so the flavour and nutrients won’t be lost. I’m talking about the dinner, not the phone.

This bit was very funny. I can understand that Jim is freaking out at the sight of trolls in his basement, but the way he freaks out is hilarious. I’ve lost count of the number of objects he’s crashed into.

Hmm, I think Jim overestimated his abilities with a sword. It’s obviously extremely heavy, not to mention half his size. The way he swings it around, I hope he wasn’t surprised by the outcome.

Ooh! Jim’s favourite teacher is actually working with the evil troll. We’ve got a plot twist and the first episode hasn’t even finished yet. I have to say, Mr Strickler’s doing a very good job of keeping his cool. I would imagine it rather hard to stay calm when a gigantic troll is breathing down the back of your neck. 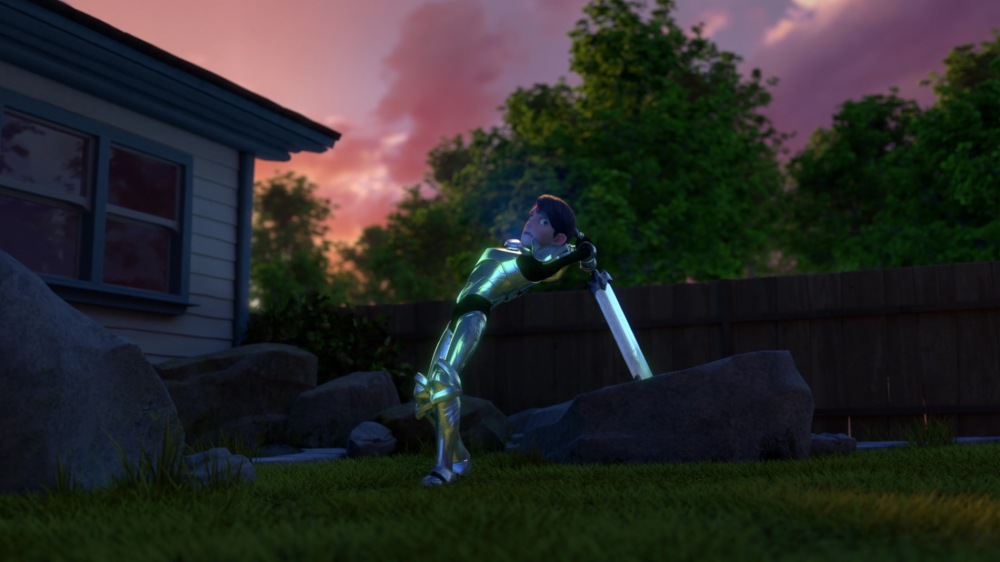 Well, there’s the first episode. I hope you enjoyed it, obviously it’s not finished yet, there’s still the second part. If you’re not finding the story exciting yet and you’re getting bored, don’t start bingeing on a different show just yet. Keep watching, it gets better. Stay awesome and keep watching cartoons, Toonbiter out!