Umm, the Titans have some seriously weird picnic food. Why does Starfire have a thing for mustard? Why does Cyborg eat so much when half his body is metal? And why won’t Raven try Beast Boy’s delicious vegetarian food? 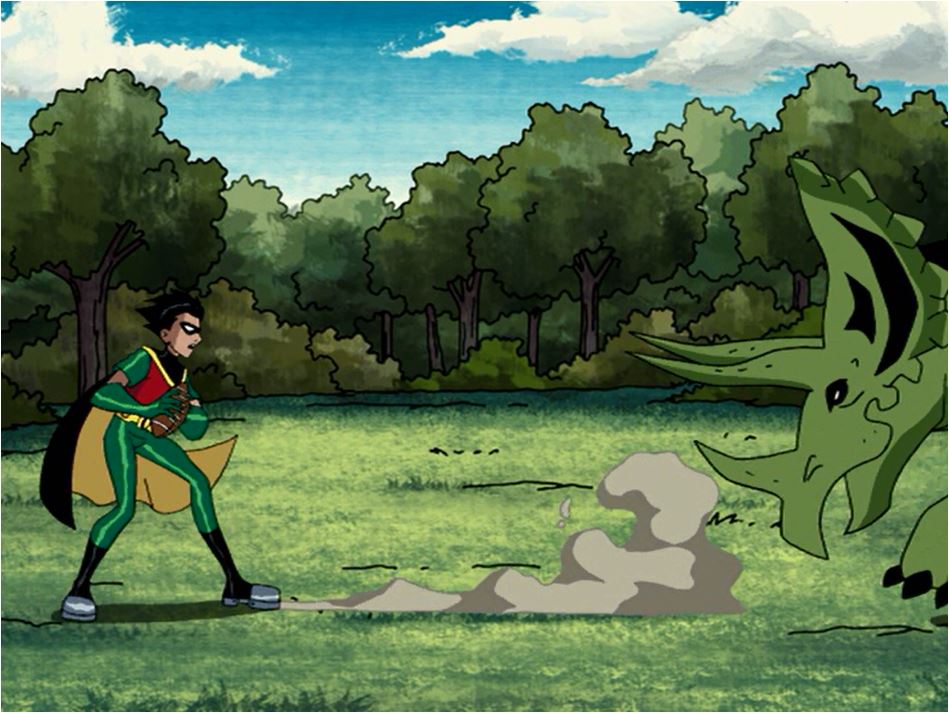 Their food is weird. Their football is even weirder. I can totally see why Raven would rather referee than get involved. It involves flying and dinosaurs! 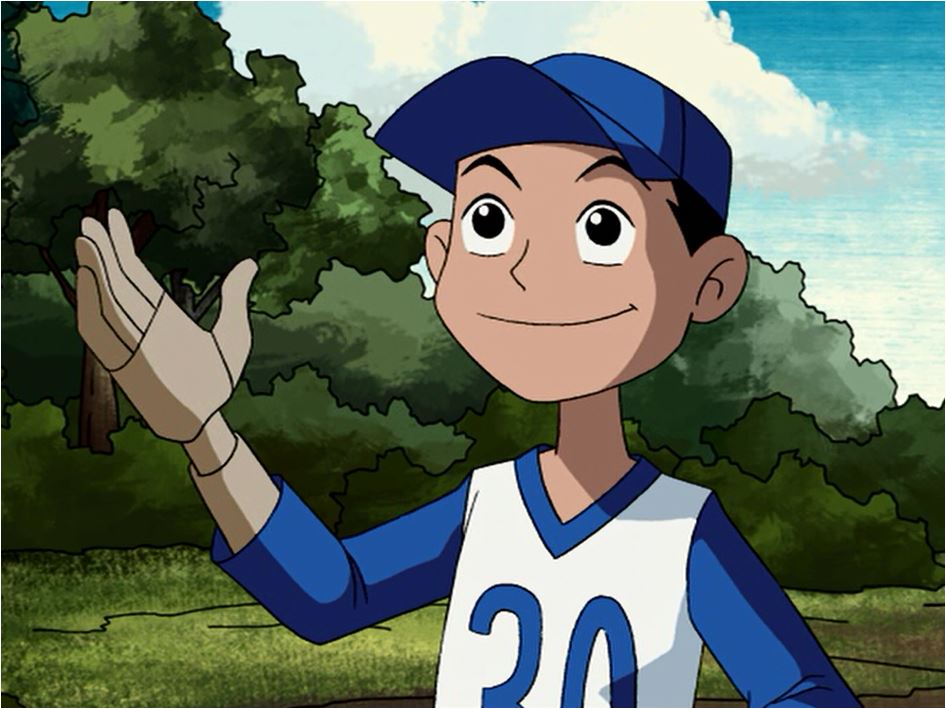 “Hey Cyborg, you’re my favourite. You’re just like me.” That’s right, small child. Cyborg is just like you, because your hand can also turn into a cannon. What a crazy coincidence. 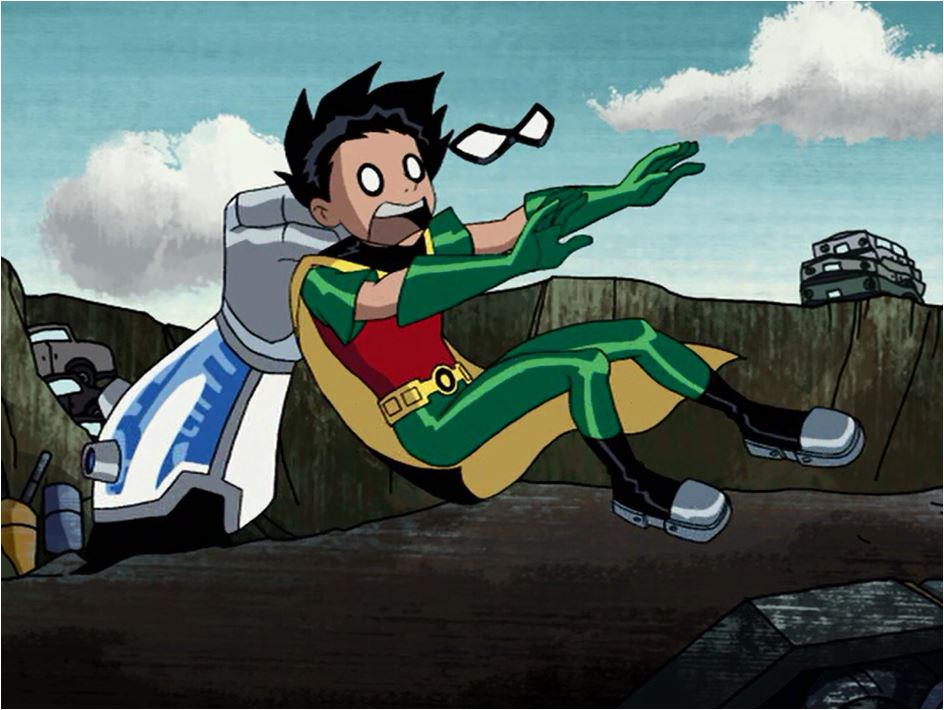 Huh, so that’s what Robin looks like without his mask. I have to admit, I thought this would be more interesting. It turns out that  Robin wears this mask to hide the fact that he doesn’t have any pupils, who would’ve thought. 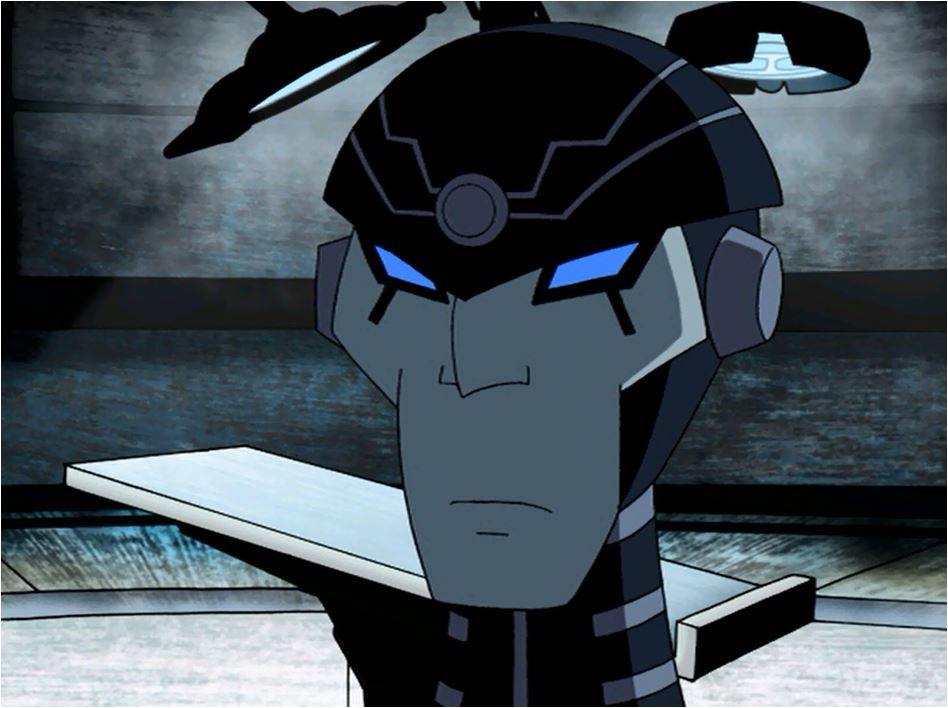 Brrr, this guy is so bloody creepy. And I mean the creepy kind of creepy. Just look at those eyes. And listen to that smooth, quiet, monotone voice. It sends shivers down my spine. 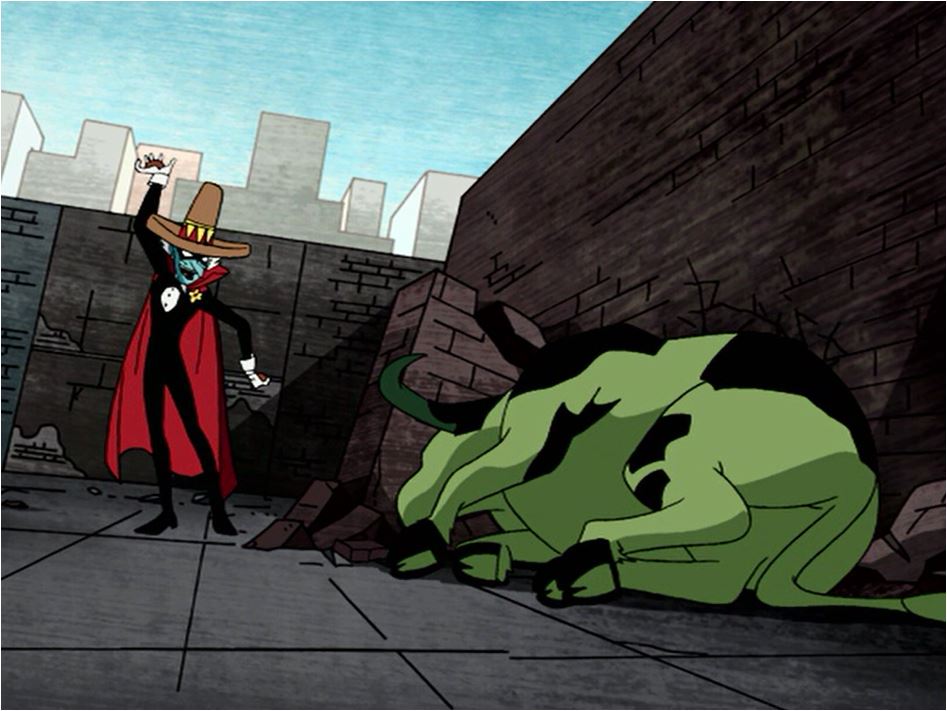 O.M.G. This villain is so freaking annoying, I just wanted to reach through the screen and slap him in the face! Some of his tricks were pretty funny though. I was rather fond of the rabbit-spitting letterbox. 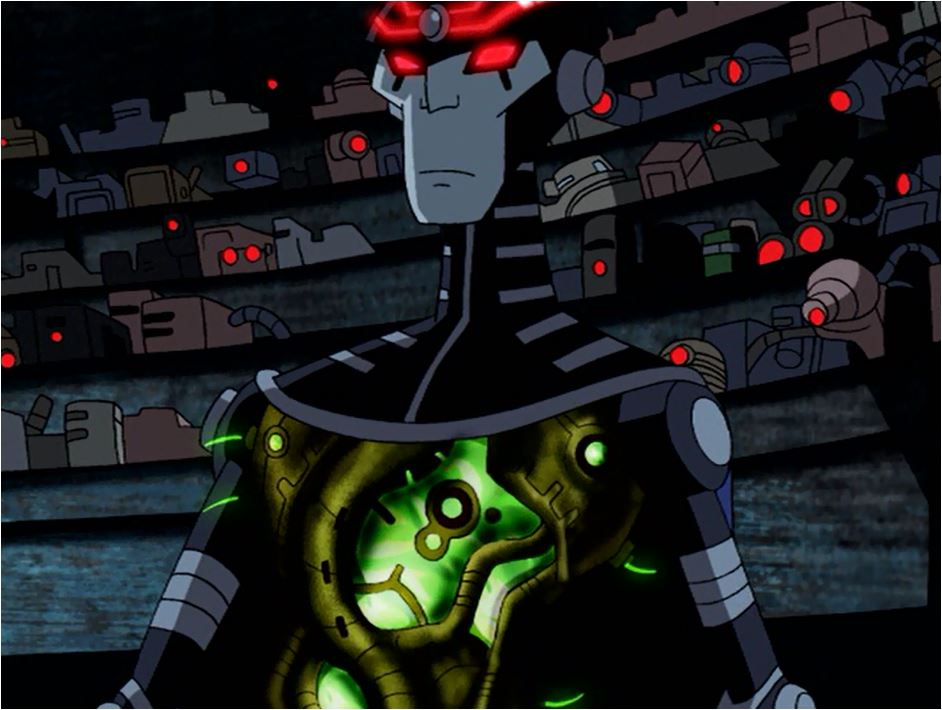 Eugh! Gross! I can see his glowing, skinny evil guy organs. I always knew he was a bad guy. I assumed Cyborg would know from the start. When some twisted creep cupboard starts being nice to you, it’s not a good sign. 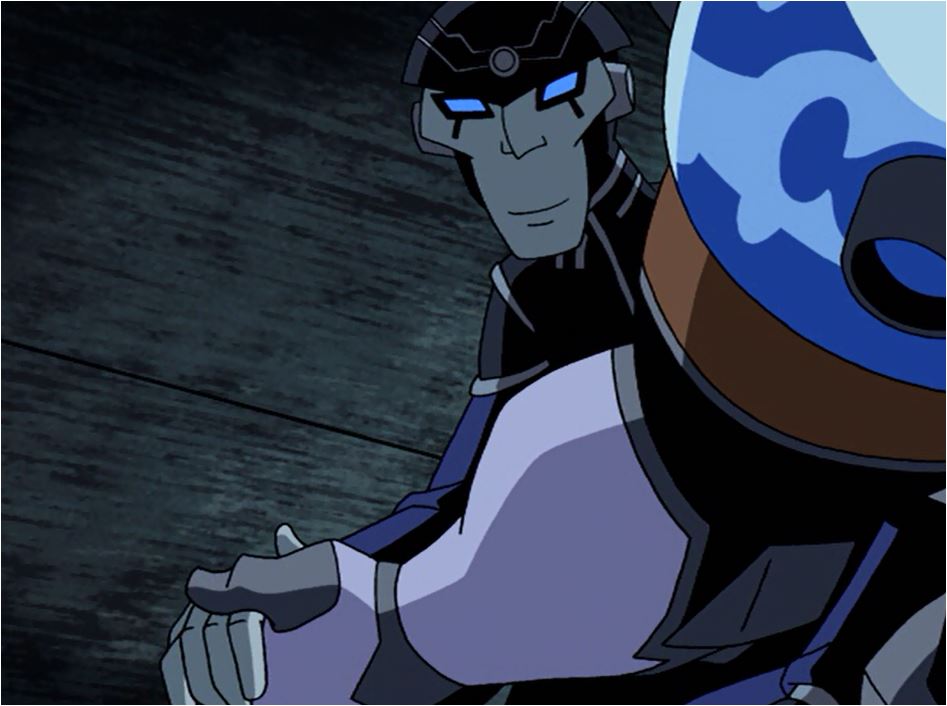 Oh, hang on. Gerald Skinnyface has decided to be nice now. Just a few seconds ago he was trying to cut off the chunks of human stuff and replace them with robot ones. I have to say, Cyborgs very forgiving. 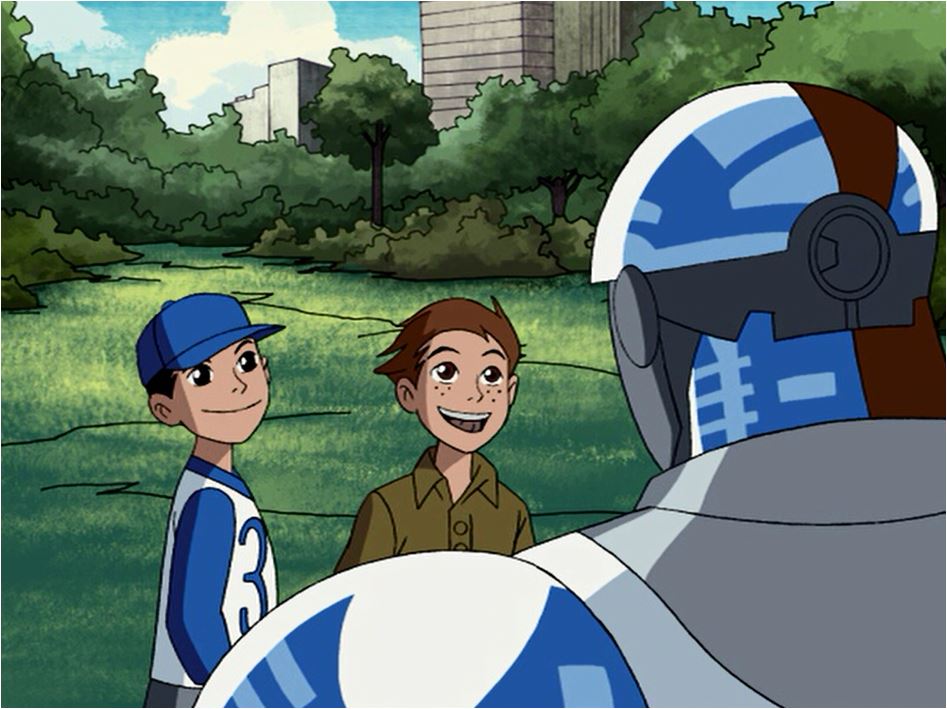 Well, that was an alright episode. It had two different villains in it. One of them would give Darth Vader nightmares, and the other was so nutty he’d put a fruitcake to shame. Until next time, dear humans.