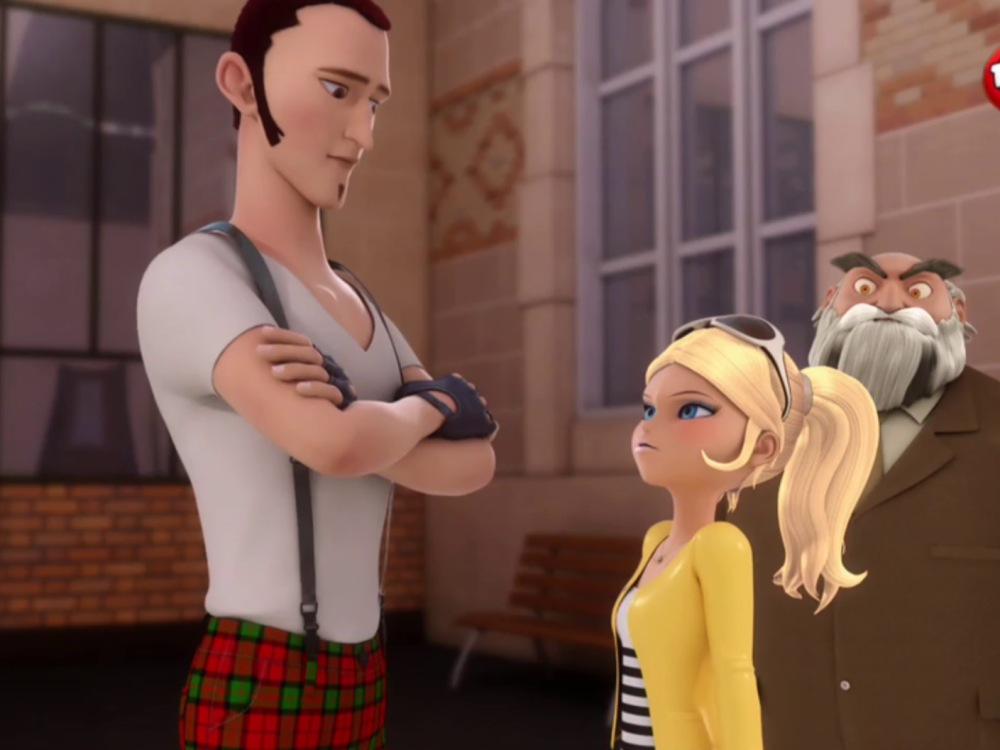 I loved how the photographer deals with Chloe. Most people shudder at the thought of upsetting the mayor’s brat- ahem daughter, even the formidable looking principal. But this guy isn’t bothered in the slightest. Good on you. Also, this guy is TALL. Look at him, he doesn’t even fit in the frame properly.

It’s kind of funny how Juleka is upset about never being noticed, when she actually stands out quite a bit. I would’ve thought her purple hair and gothic look would make her seem like a raisin in rice pudding.

I’m not sure why I found this bit so funny, but there were tears in my eyes when it was over. If this is how big Ivan is in high school, then he’s gonna be HUGE when he’s an adult. As it is, sitting down he’s the same height as the principal is standing up. 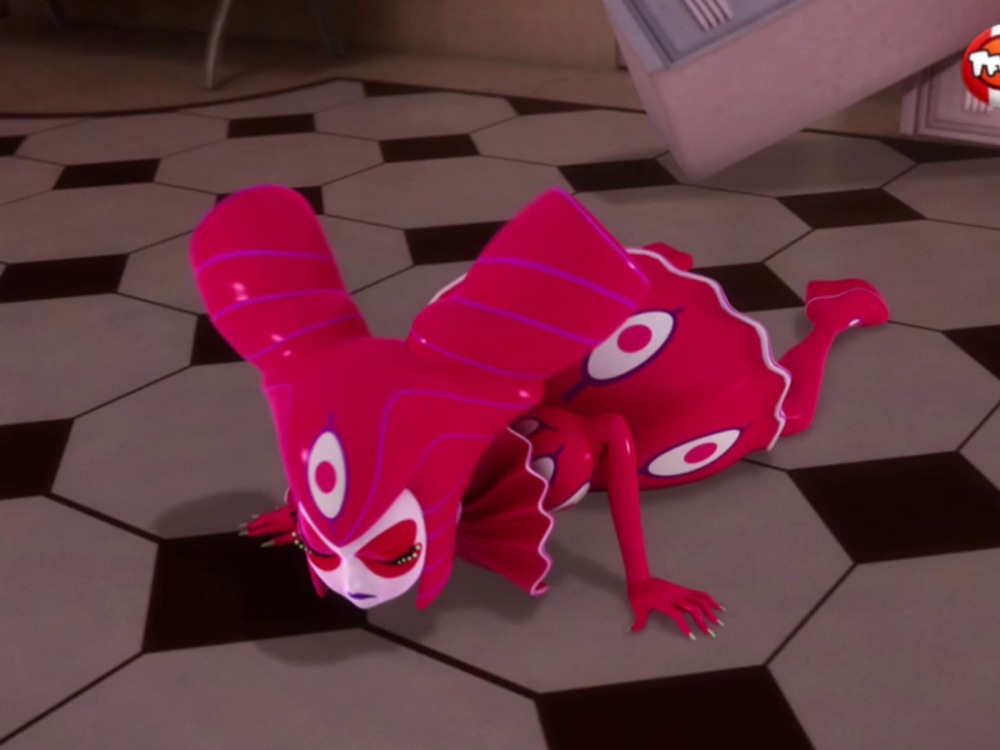 Why did Cat Noir just call Ladybug’s jokes lame? If he’s got a crush on her, why does he reject her humour? I guess he’s either traumatised from being turned into a girl, or jealous that she can tell jokes as well. Don’t worry kitty, you’re always going to be the funny one.

Huh, Ladybug didn’t push Cat Noir’s nose as far away as she could, this time when he kissed her hand. Maybe after all this time, she’s just gotten used to it. Or maybe she’s a little more chilled out about it right now, because they’re not fighting a villain at that very moment. 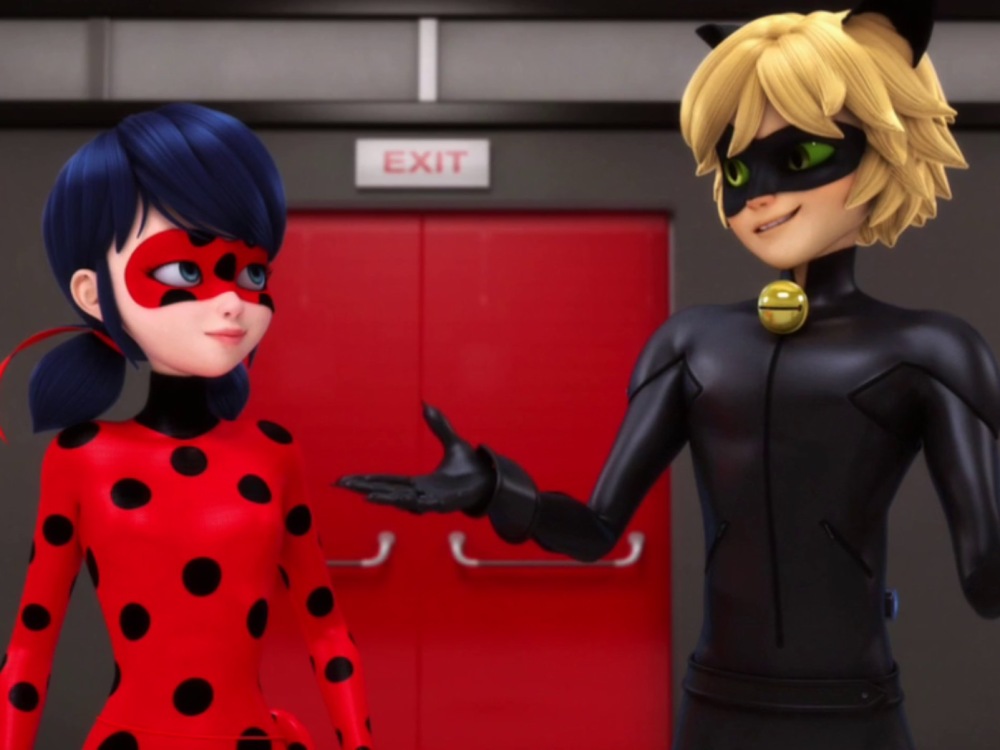 What happened to Cat Noir’s Cataclysm? He had it right before he was turned into a female who was so pink it made my eyes hurt. Did it just disappear? His ring isn’t flashing, so I guess that means Plagg won’t be needing any cheese.

This class is going to have the coolest picture in the school, they’re in the park instead of the boring school. Wait, Chloe isn’t in the picture. This is going to be the best class photo ever!!!

I loved the humour in this episode. Cat Noir in high heels will remain etched in my brain for the rest of my life. The only thing I didn’t like was the fact that things keep happening to Cat Noir, to make him useless when fighting a villain. It wasn’t as bad as in Puppeteer though, at least he was still helpful.