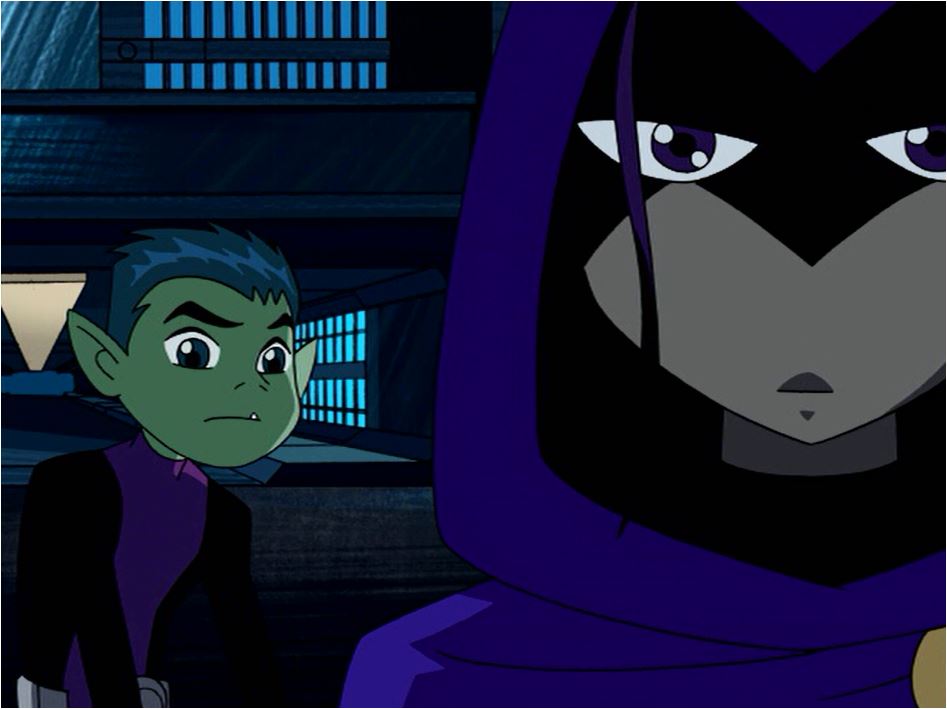 Hi humans! So, you’ve probably already figured out the next show I’ll be reviewing. I’ve done Teen Titans, so now I’m moving on to it’s first season. It’s only the first episode and these two are already cracking me up. You really get the feeling that Beast Boy possesses a great talent for annoying Raven. 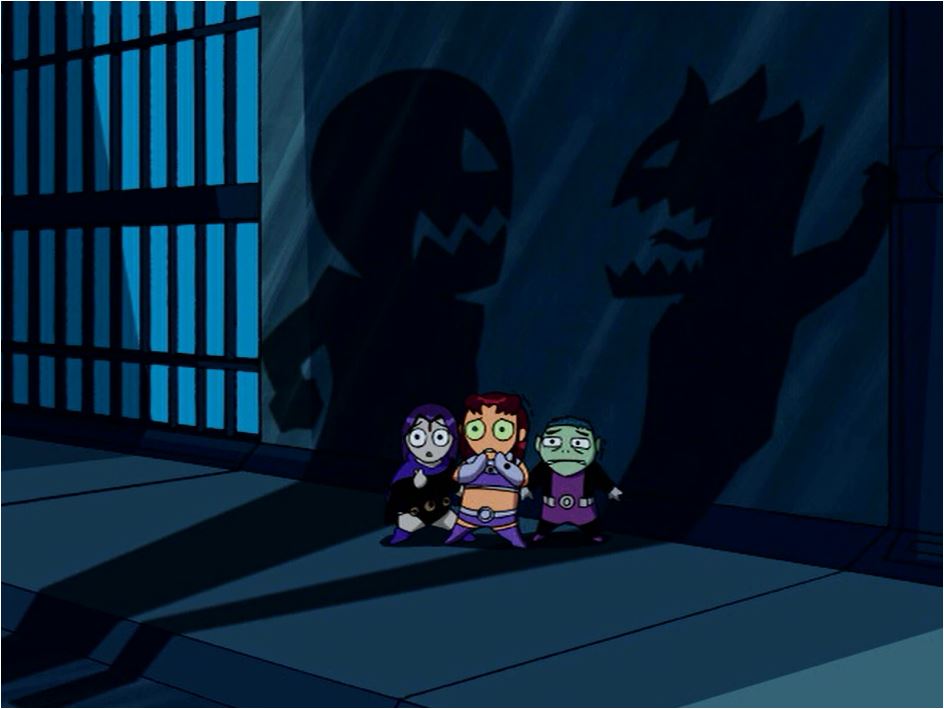 I thought this was a rather interesting move made by the writers. It’s the beginning of the season and one of the main characters has already left the team. I’m not entirely sure why they did this, but I absolutely loved how they did it. They used this really funny joke that compares Cyborg and Robin’s fight to that of an angry couple with their kids watching. 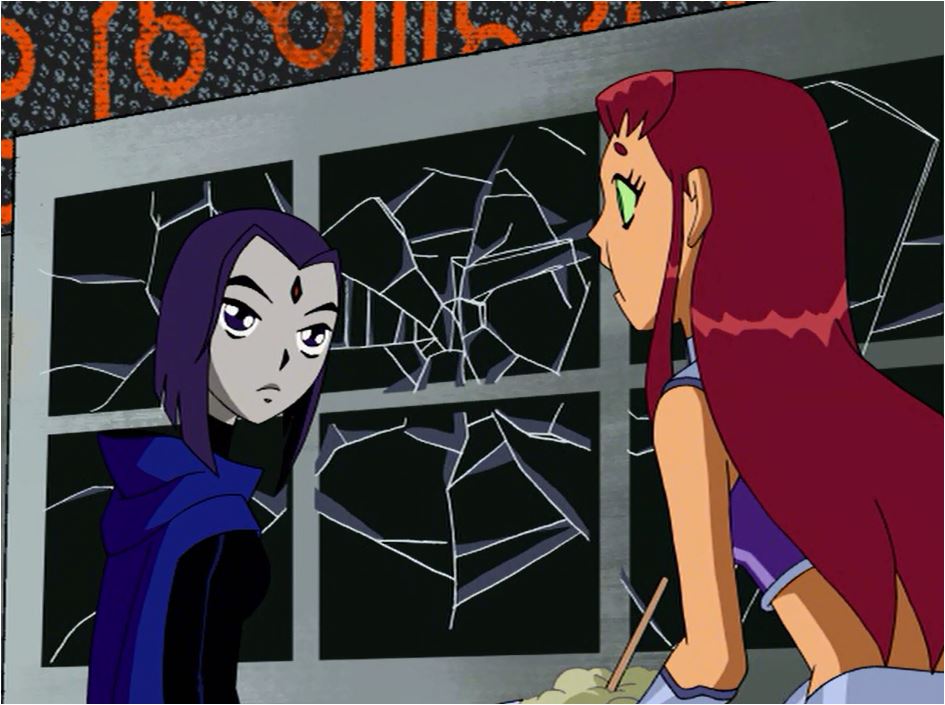 Raven’s interactions with Starfire are also really funny. I laughed so hard when I watched this scene. Raven claims that she’s not upset, but her powers manifest when she feels emotions. Sorry Raven, but I don’t think that the monitors agreed with your statement. Star’s pudding of sadness was also pretty amusing. 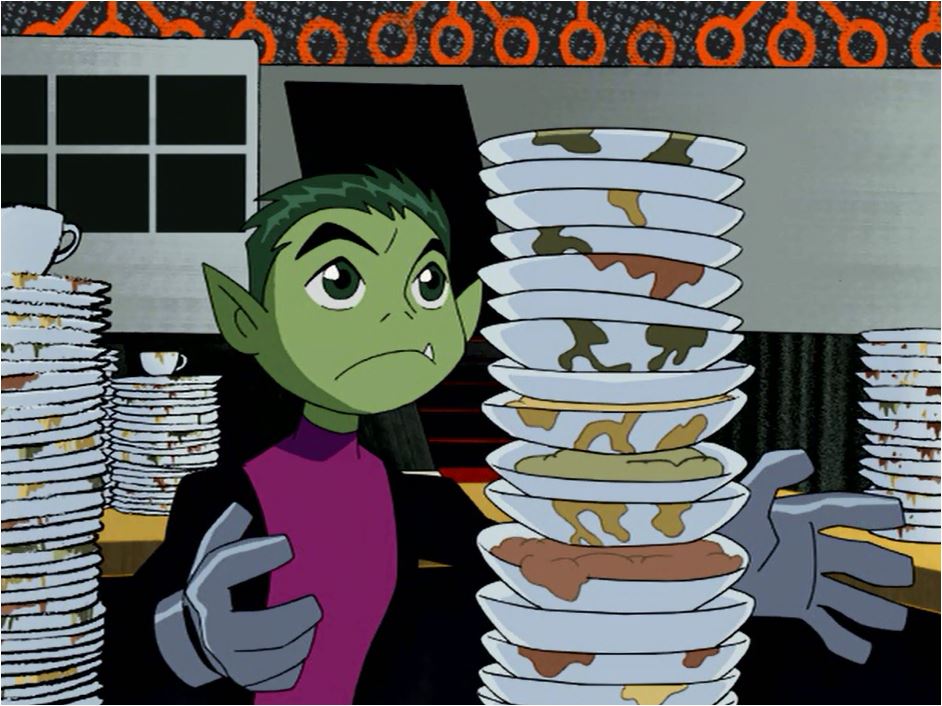 Wow, how many dishes do five people use? Even my family doesn’t go through that many. Of course, my species don’t have hands so we’ve never really needed them. I’m hoping that this scene was just for comedic effect, because I was a little worried. 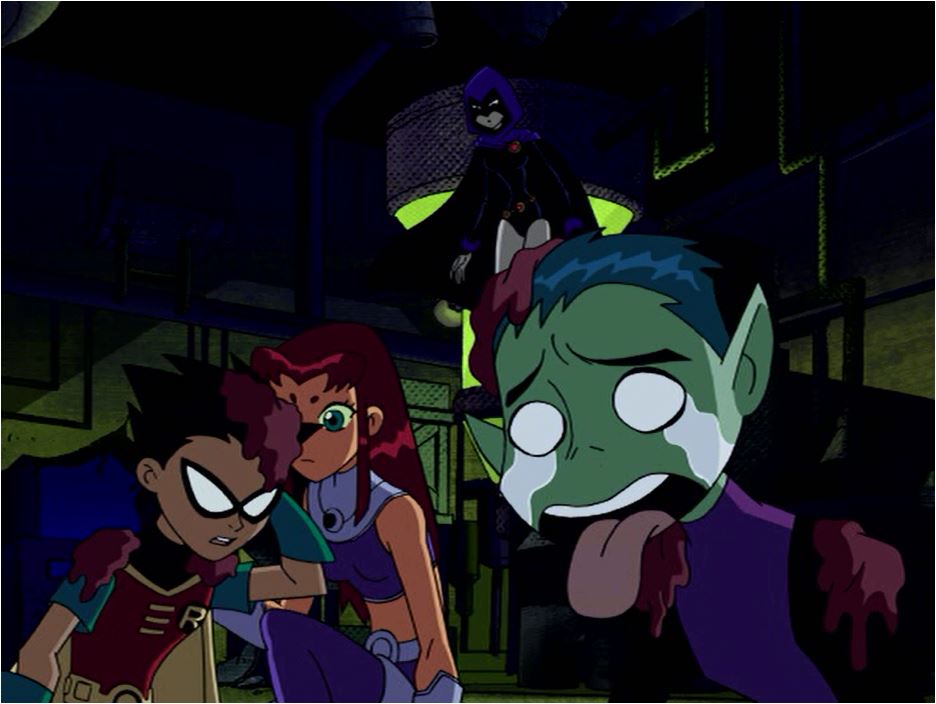 Yuck! Plasmus isn’t just creepy, he’s GROSS. I guess he’s pretty indestructible and rather powerful, but that doesn’t make up for the fact that he probably has the most TERRIBLE breath. I think someone needs to give this villain a tic tac. I feel so sorry for everyone who ended up with a bit of Plasmus in their mouth. 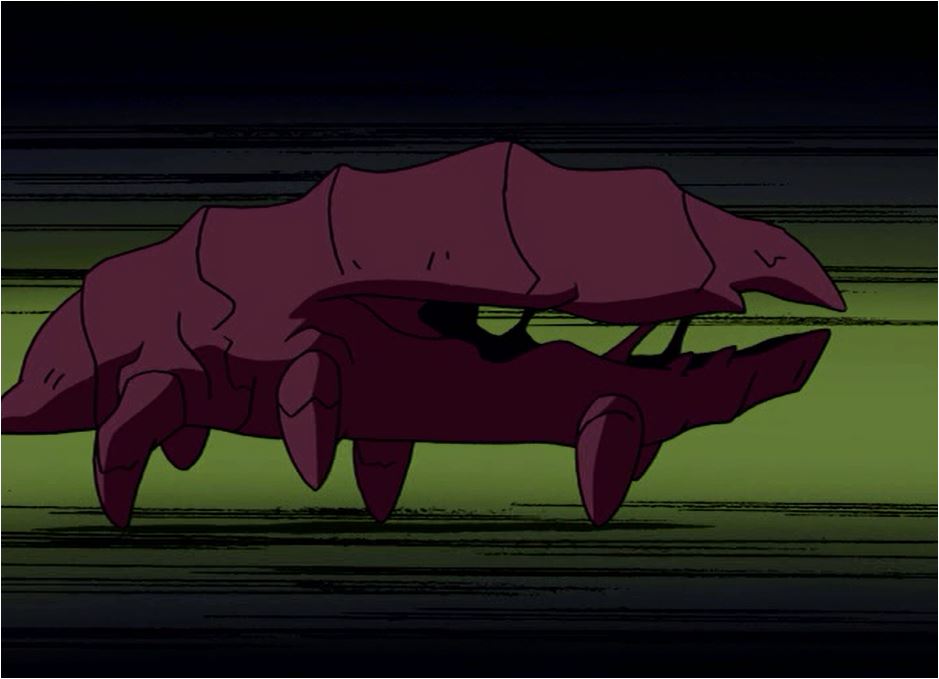 Okay, I take back what I said before. Plasmus doesn’t seem so creepy anymore, when compared to his FREAKY kids. These monsters are weird, ugly and a little random. And the noise they make. Bleugh! 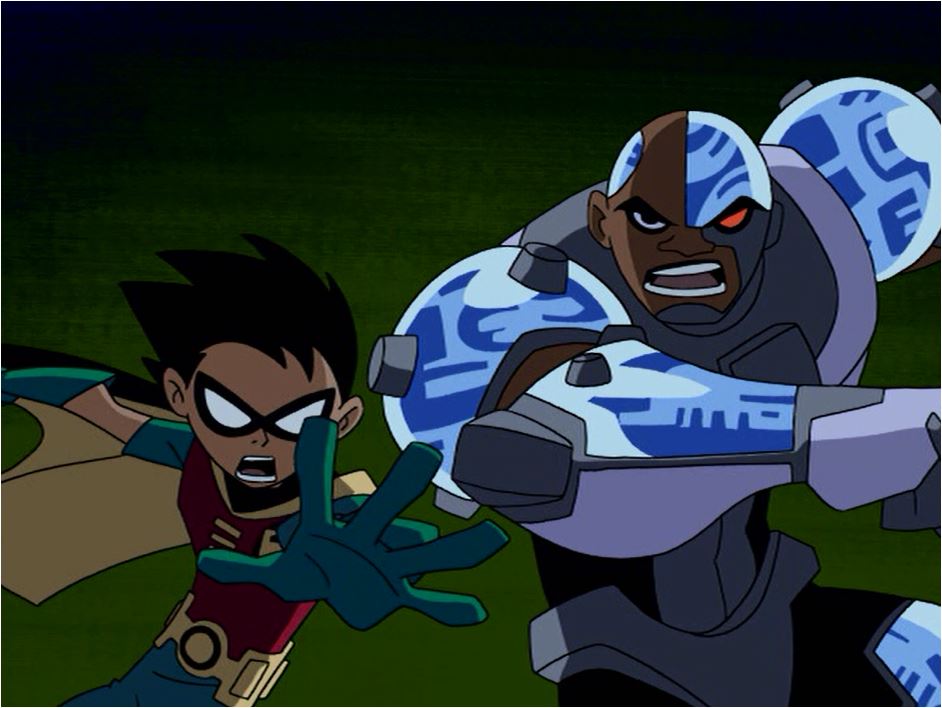 Whew, that’s a relief. Cyborg’s back everyone, you can stop panicking. I said STOP panicking. Yes you were, don’t lie. At least now I know what their sonic boom is. Up until now, all I knew about it was that it involved running onto the ceiling and tripping each other up. 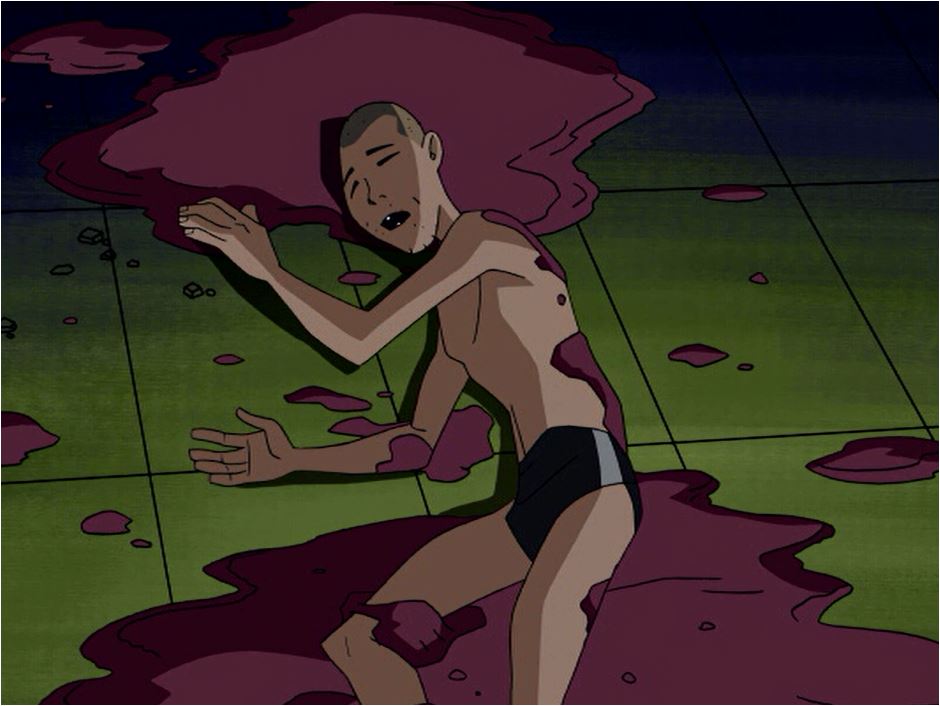 So, all they had to do to defeat Plasmus was to put him to sleep? I wonder if they already knew that because they could have saved a lot of time with the battle. Instead of fighting him, they should’ve just given him a cup of nice, warm, toxic chemicals and sang him a lullaby. Problem solved. 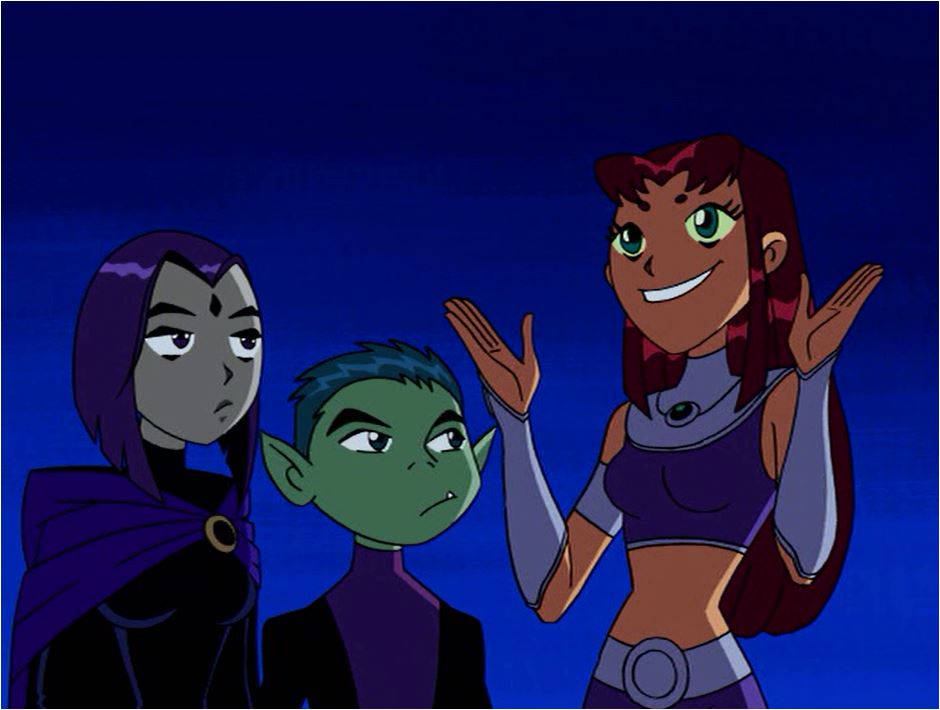 This was a strange and interesting start to the season, but a great episode none the less. The writers jumped straight into the action rather than trying to slowly introduce them all. Some may find it confusing but I actually liked it. It allows the audience to get to know the characters as the series goes on.

Hope you all liked my ranting. Stay awesome and keep watching cartoons. Toonbiter out!