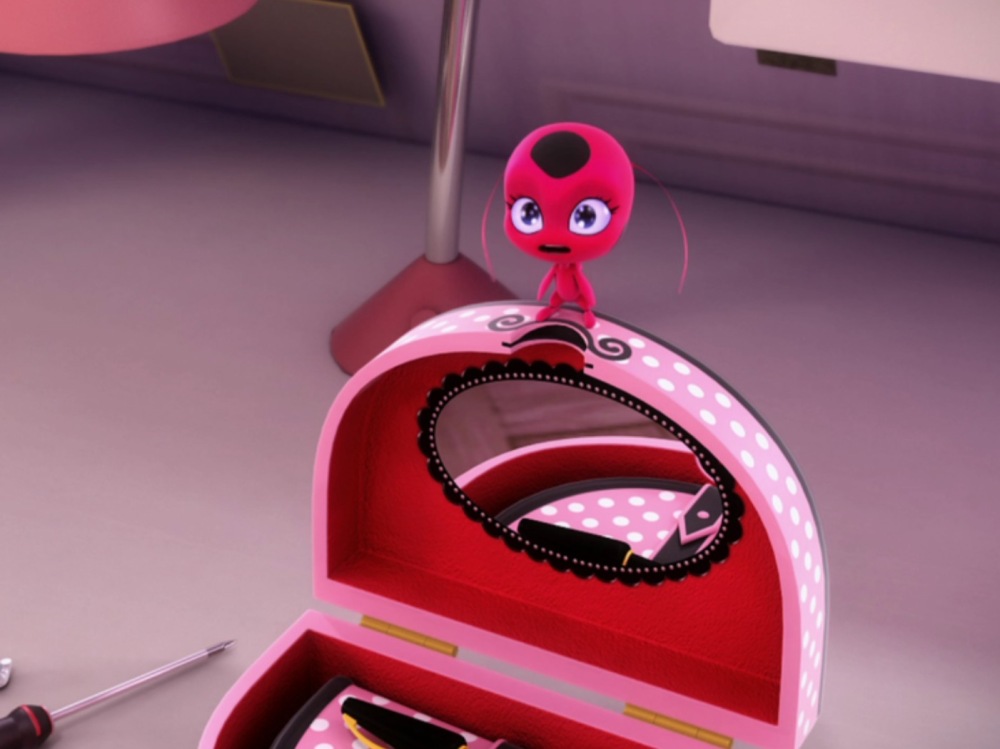 Wow, Marinette must be REALLY smart to be able to make a box with a mechanism that makes it snap shut it you put you hand or your kwami inside it. Or, maybe this device works because it’s a cartoon and you can do just about anything with animation. I guess it shall always remain a mystery. 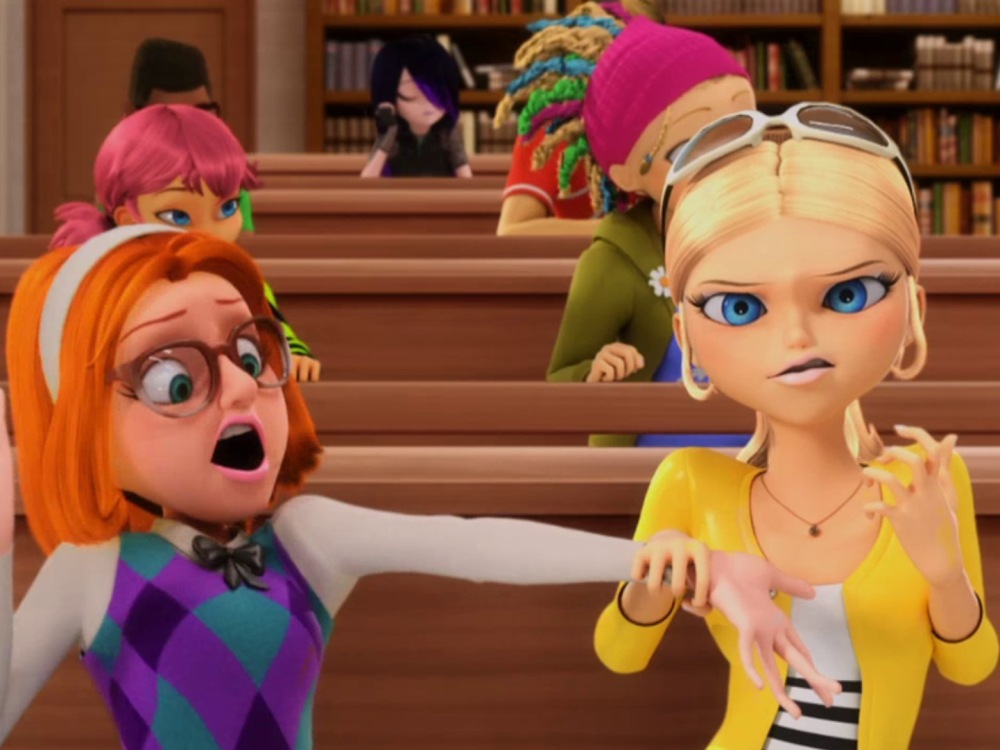 Isn’t Chloe a good friend? No. Sabrina is though. She’s the girl who’s always there for Chloe, even though she’s horrible. If you’re mad at the world, she’ll be mad with you. If you’ve been cast out of the group, she’ll stay by your side. If your angry about not getting your way, her arm will be there for you to twist. 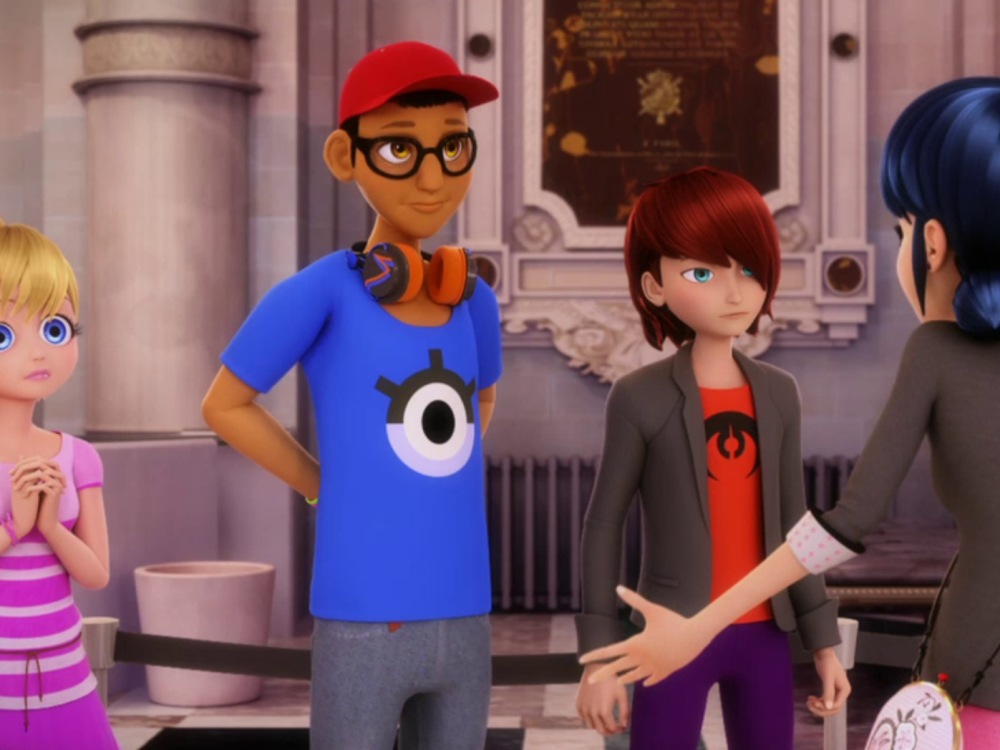 Marinette’s classmates seem very easy to manipulate. You’d think that because there’s another option, nobody would vote for Chloe. Why are they even considering it? There is the possibility that they’re questioning her ‘worthiness’ but even without proof, Chloe’s even LESS worthy! 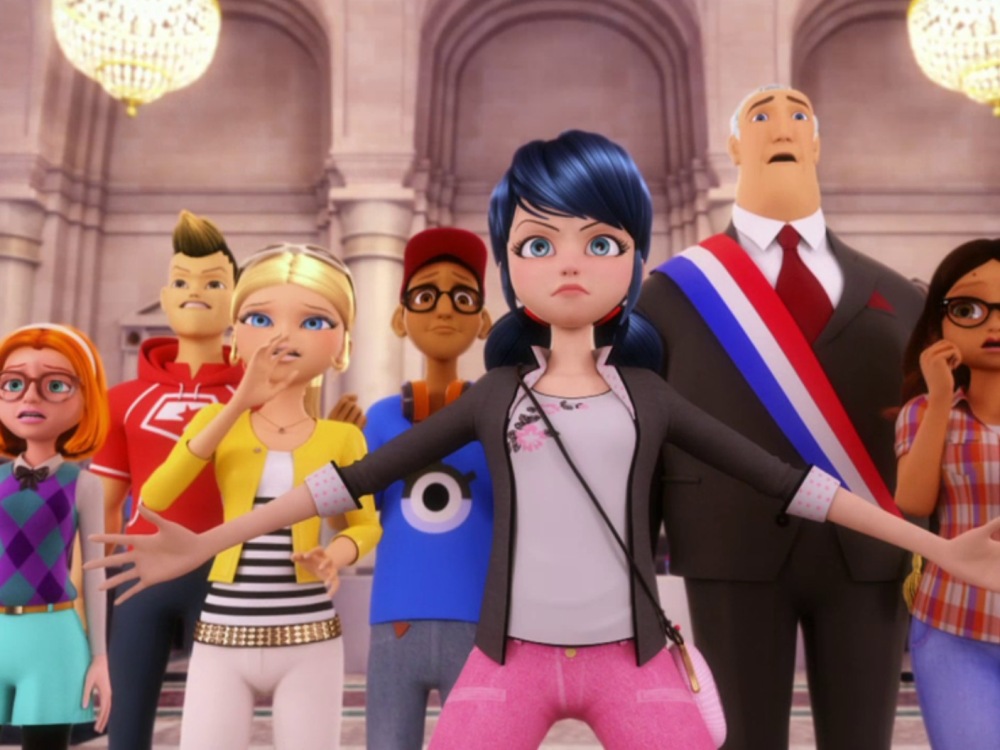 Marinette’s a natural leader. Even the mayor is cowering behind her! Actually, she only became this confident after she got her miraculous, which she wasn’t born with. Okay, I take it back. Marinette’s an unnatural leader. 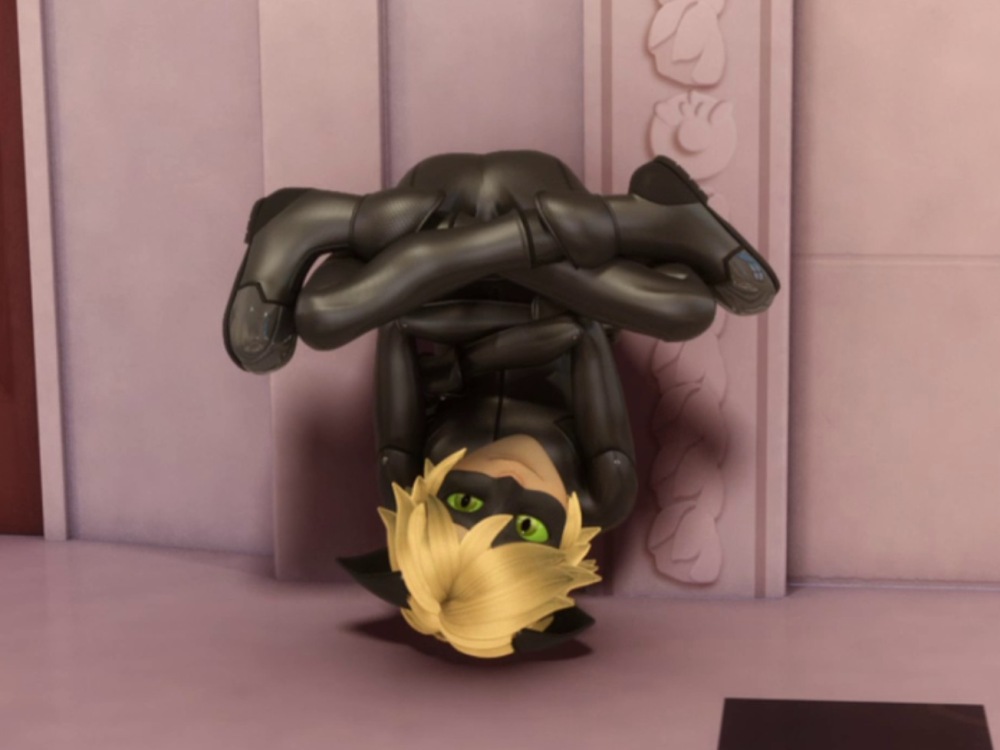 Aren’t cats always supposed to land on their feet? What kind of landing is THAT? Honestly Cat Noir, she should learn to tumble into the wall gracefully. The phrase needs to be fixed. Cats usually land on their feet, but will sometimes land upside down, on their head, with their legs crossed. 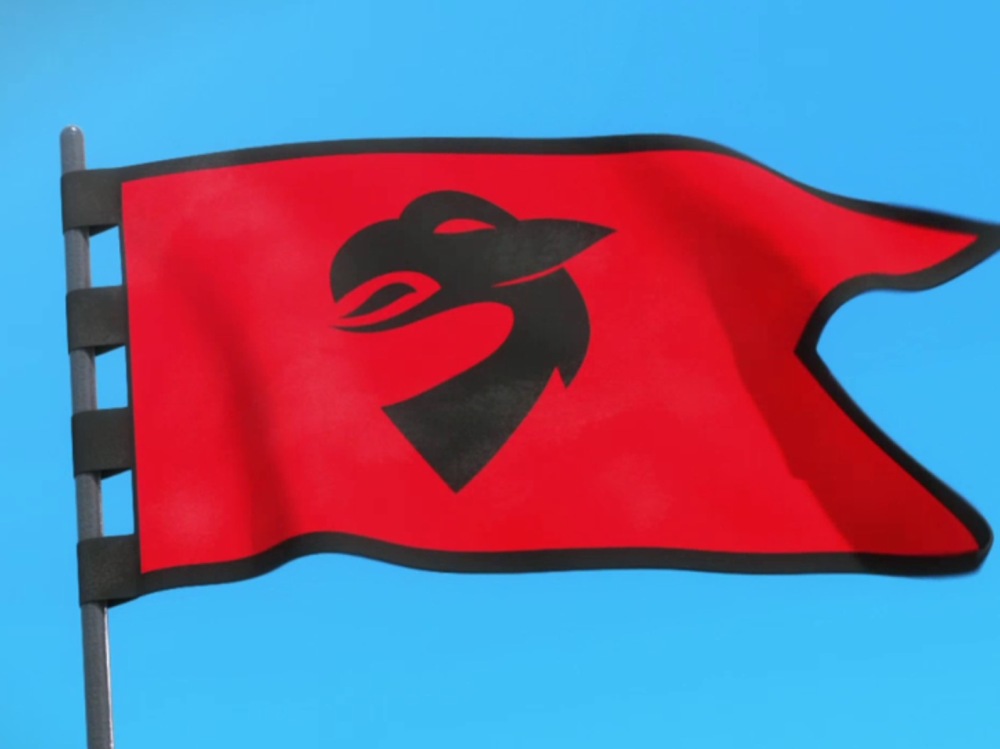 I know that Darkblade’s the bad guy, but he’s got a seriously awesome logo. A dragon! What’s more awesome than a dragon? Two dragons, but that’s not the point. Isn’t this medieval theme awesome? 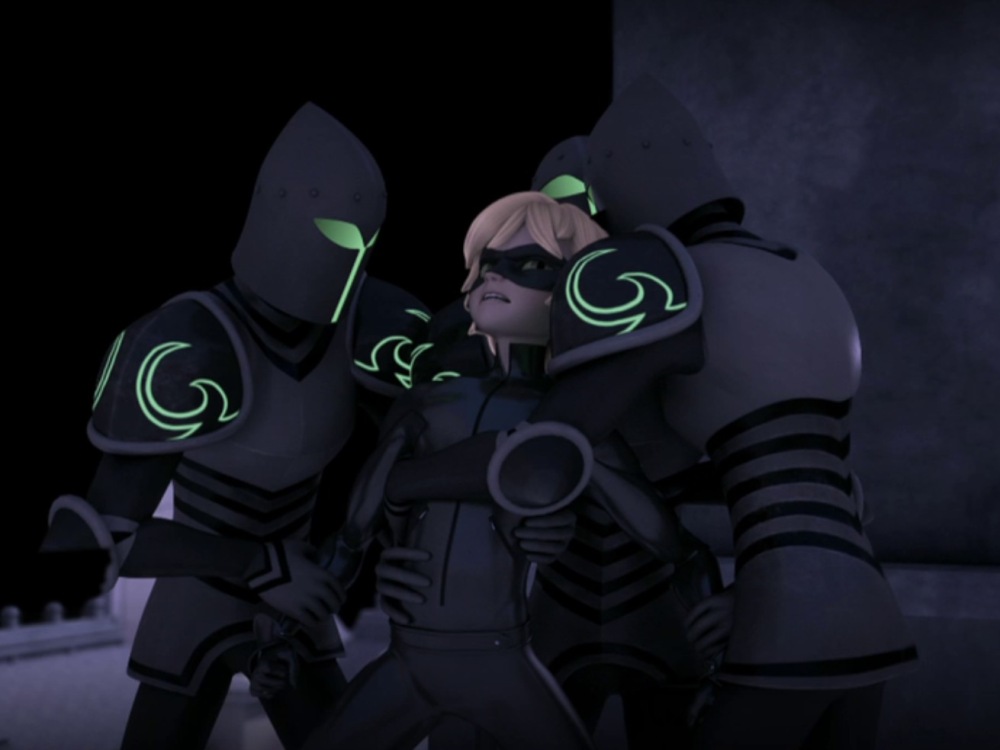 Aww, I love how Cat Noir gets really angry when Darkblade’s threatens Ladybug. To be honest, I was a little disappointed at the lack of shippy scenes on offer in this episode. It’s all just suits of armour and talking in a funny accent. 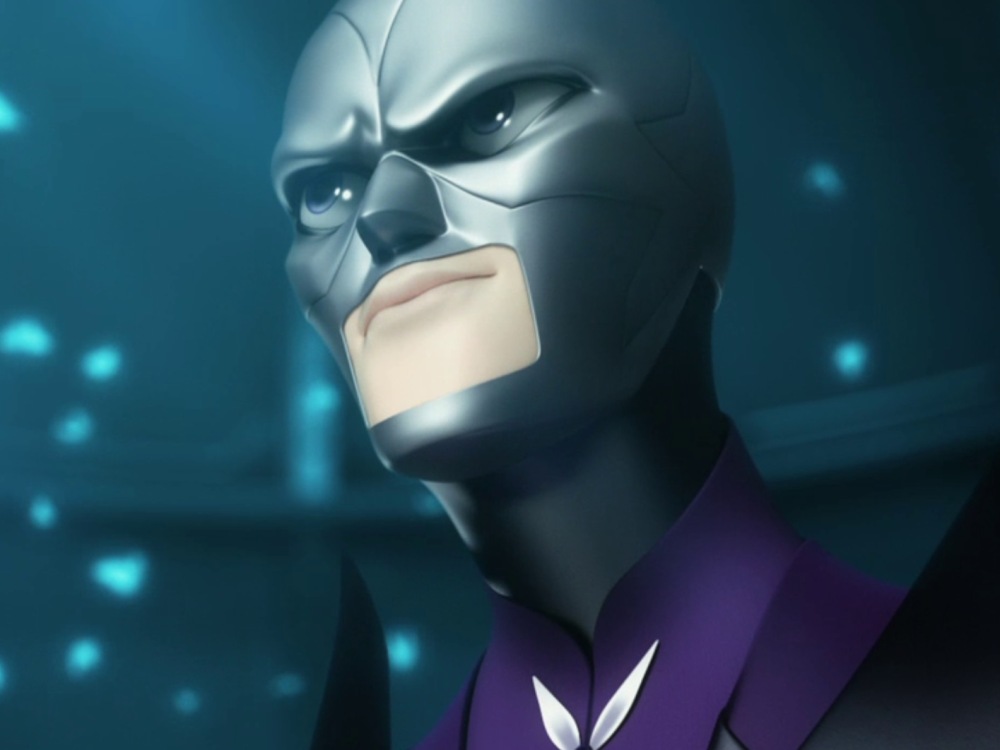 Umm, Hawkmoth. Why did you say it won’t be long before Ladybug and Cat Noir show up to meet their doom? They’re kind of already there. This is what happens when you reuse the same scene in almost every episode. Usually I’m all for recycling but this one doesn’t really work. 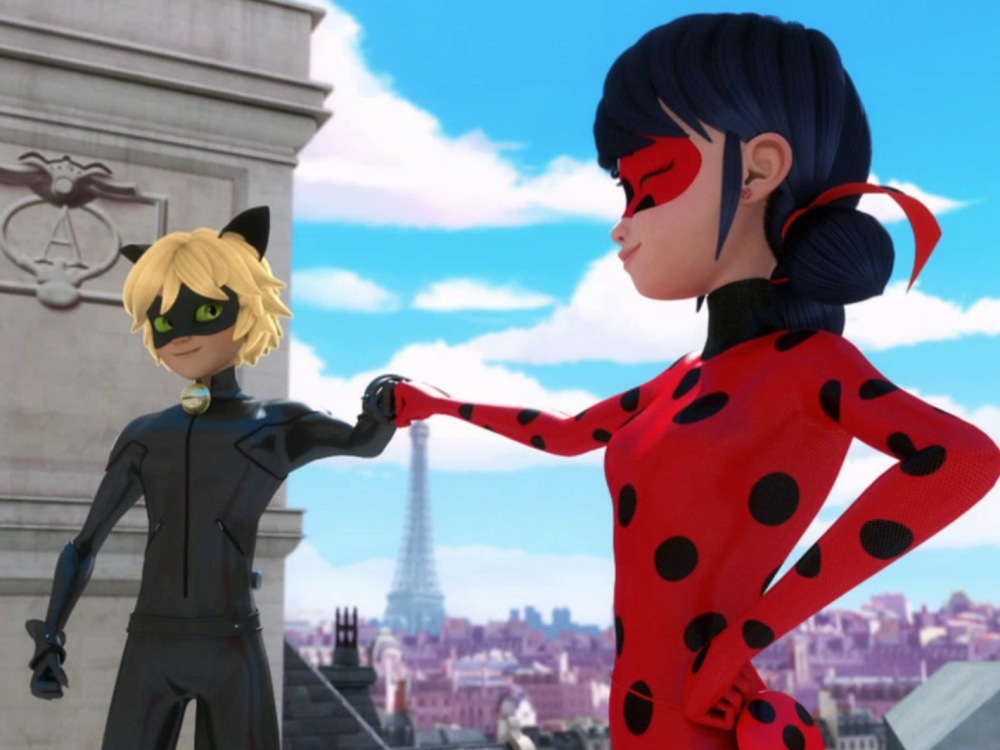 I really liked the leadership theme of this episode. Just wondering, why does Cat Noir’s ring run out if he hasn’t used his Cataclysm? He hasn’t been there that long. In Rogercop, he’s in his costume until night time. Maybe he did use his Cataclysm, but he slipped and touched a wall or something, so they decided not to show it.