Hmm, I’m noticing a slight height difference between Mylene and her dad. She’s like half his size. Is she very short or is he very tall? Maybe a bit of both, I guess Mylene probably takes after her mother.

‘Cats are nothing but trouble.’ Now why would you say that? Cats are just curious. Or are you referring to your superhero partner? Cat Noir’s not trouble, he just has a habit of flirting with you at inconvenient times. Don’t forget about all the times he’s saved you.

Aww, who doesn’t love this Ladrien moment? Well, besides the Mime. I wonder what would’ve happened if he hadn’t shot that imaginary arrow at them. Would they’ve just kept on staring at each other? 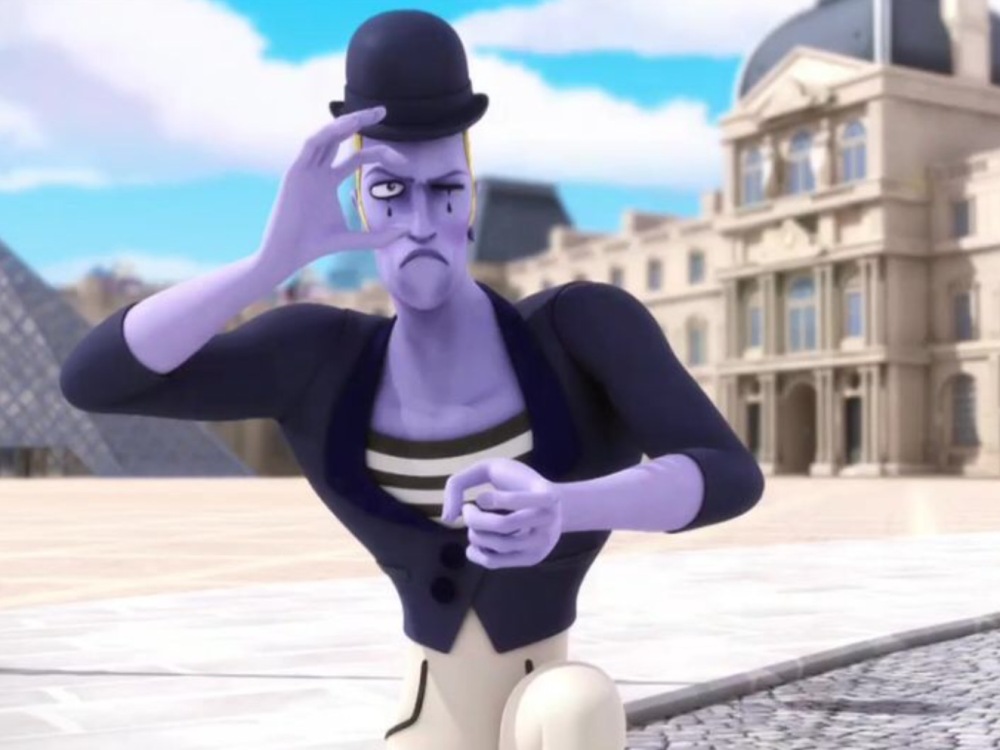 The Mime has a seriously awesome power. The ability to create imaginary objects would be really handy. To be honest, I don’t think his powers were used to their full extent. He could’ve made a hover board or a giant invisible monster to attack them. Just one thing that concerned me, this show is aimed at six to eleven year olds. Do we really want them to know what a bazooka is?

Here’s another fan favourite. Those of us who watched this episode before the English dubbed version came out, are probably familiar with the hilarious comments that popped up in the subtitles during this scene. 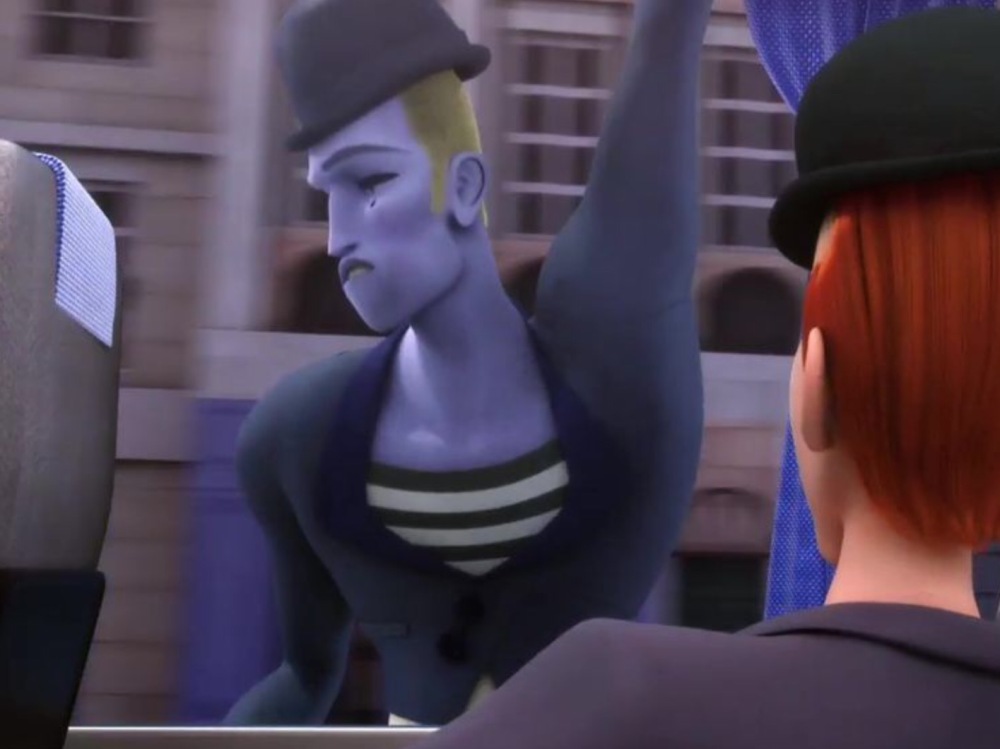 Ah, the famous bus battle, who could ask for a better place to have a fight. The best bit was when Cat Noir meowed and leaped of the bus. Personally I preferred that scene in the Korean version, but that’s just me.

(Hoe dont do it) The writers were probably like “What can we do to make this episode more exciting? I know, cut the Eiffel Tower in half!” Ladybug and Cat Noir seem rather happy about that plan.

Aww, poor Cat Noir got rejected. I guess he shouldn’t be too surprised, so far she hasn’t been interested in you. Try not to be too upse- oh, wait. He’s got a big grin on his face. Never mind.

To be honest, I was expecting Alya to be over-the-top excited about interviewing Ladybug. Instead she was all like, that was okay, still don’t know her secret identity though. You got an EXCLUSIVE INTERVIEW with your favourite superhero. Wasn’t that one of the main goals for your blog?

I love this episode! It’s really funny, and action packed. Aside from the large amount of violence, I think it’s one of the best. Well, that’s all the episodes from the first half of the season, next week, Kung Food.