Oh, poor Aaarrrgghh. He’s so huge and he has to squeeze into this tiny human house. Well, to him it’s tiny. To me it’s massive! The houses on my planet are really small compared to the ones here on Earth. I’m afraid I can’t empathise with this troll.

Aww! I just can’t get over how adorable Claire’s little brother is. I mean, sure his head is abnormally large, but that’s just the style of the cartoon and besides, it adds to the cuteness. Although, it might also be that way because he’s actually super smart and when he grows up we’ll be seeing the sequel to Megamind. 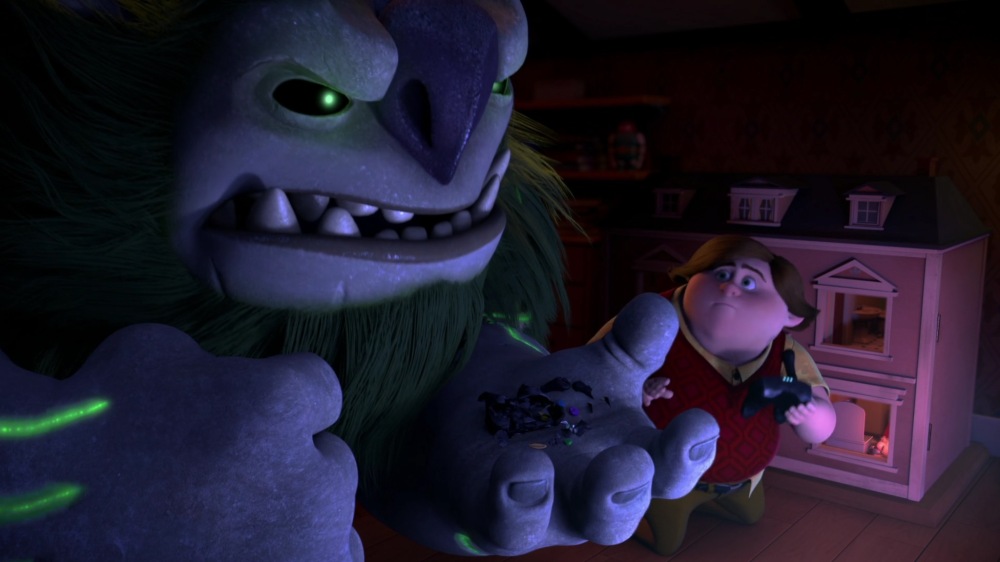 Oh wow! Here’s a side of Aaarrrgghh that we’ve never seen before. Look at him! The cracks in his skin are all glowy and his eyes are black with green pupils. That’s both freaky and awesome. Maybe he’s a pacifist for a reason. Hmm, I sense a backstory approaching.

Eww! That is DISGUSTING! Why would anyone do that, even if they were desperate to get their horseshoe back? Luckily for my stomach, we don’t have a visual of what events and nappies are unfolding in that bin. The sound effects however, are not helping. 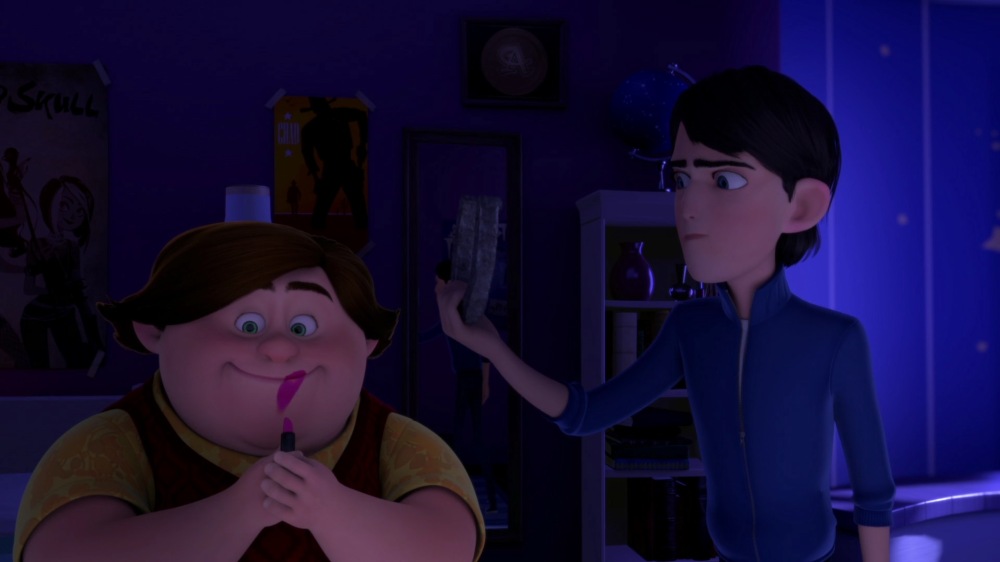 Seriously? Is this actually what human males do? I have never heard of this before, so I really can’t say if it’s realistic or not. I don’t see what’s so amazing about being inside a girl’s bedroom, it’s basically just the opposite of a boy’s bedroom. The walls are generally prettier colours, there aren’t clothes all over the floor, and it doesn’t smell like feet. Any why would anyone eat lipstick?

Oooohh! Not cute. NOT CUTE! The adorable baby is definitely a changeling. Either that or he’s missed way too many naps. Wow, imagine living with that in your house, and not even knowing that it’s actually a shapeshifting troll thing. Yikes! 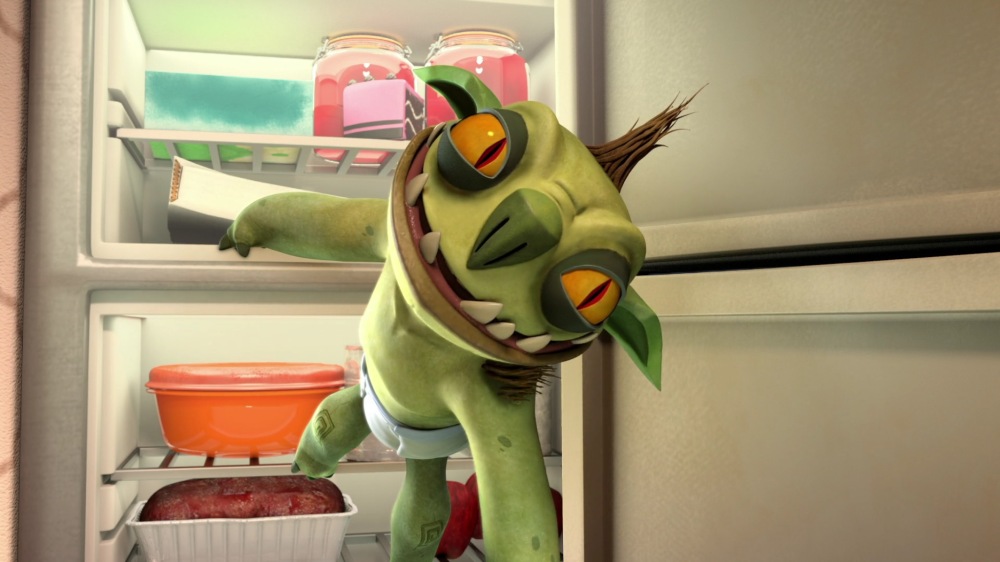 Oh dear, this complicates things. I’m feeling really sorry for Jim right now. The changeling’s right, nobody can hurt him without Claire and her family noticing. That poor human can’t even tell his crush that her brother is actually a monster.

Oh. My. Galaxy. That is a lot of human babies. Look at them all! All of those poor human families will be raising changelings instead of their children. I wonder what happens when the real babies grow up. Do they see the goblins that look after them as their new family? Or maybe they don’t grow up…

Well, that was interesting. Claire’s little brother is actually a small, obnoxious green changeling. Another not-so-good thing that happened, was that Jim ended up trashing his crush’s house, and Aaarrrgghh ripped off their door. Good thing this doesn’t happen in real life. Stay awesome and keep watching cartoons, Toonbiter out!