How does Toby manage to be so happy in the worst situations? Unless they’re running for their lives, he’s always smiling and cracking jokes. I’m definitely not saying that’s a bad thing, I just wonder how he does it. I guess anything’s possible when you’re a cartoon. Also, I just noticed that an ‘s’ is stuck on backwards in his last name. 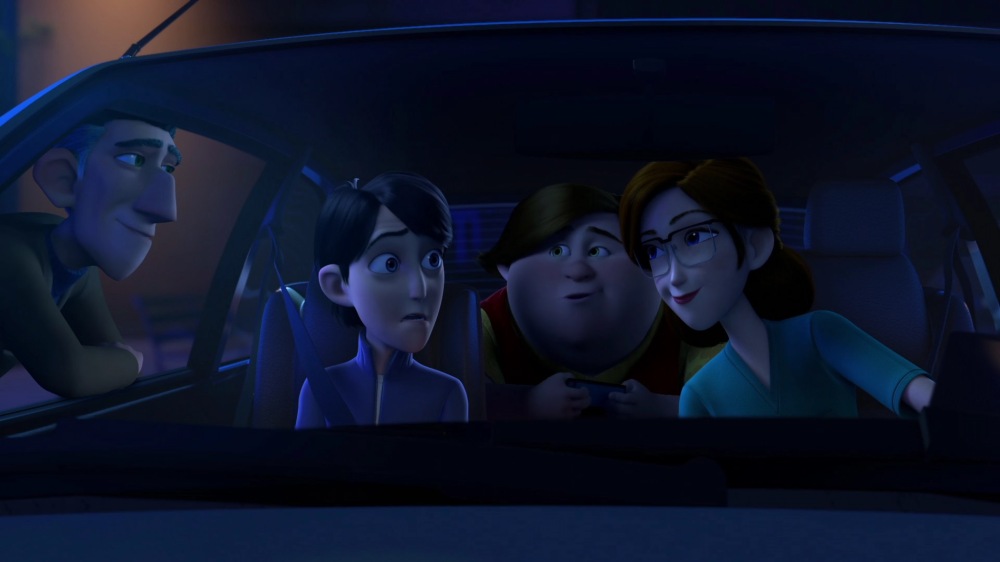 Nooooo! The history teacher with the big nose is flirting with Jim’s mother again. It’s never a good sign when your mum asks your teacher out. Maybe it is all to do with the noses. They say opposites attract. Barbara’s tiny little snoot is balanced out by Mr Strickler’s great big square block of a conk.

OMG! This is me. That annoying troll in the background is me whenever there’s an interesting conversation within earshot that I’m not supposed to be hearing. Of course I never make it that obvious. All you have to do to stick your ears in other people’s business is just pretend to be busy doing something else and sit really close to them.

There is a mystery that lurks within this cartoon and has bothered me since the very beginning. Why is this man always holding a pen? It doesn’t matter is he’s yapping to children about history or being growled at by Bular, there’s always a fountain pen in his fingers and he’s always fidgeting with it. 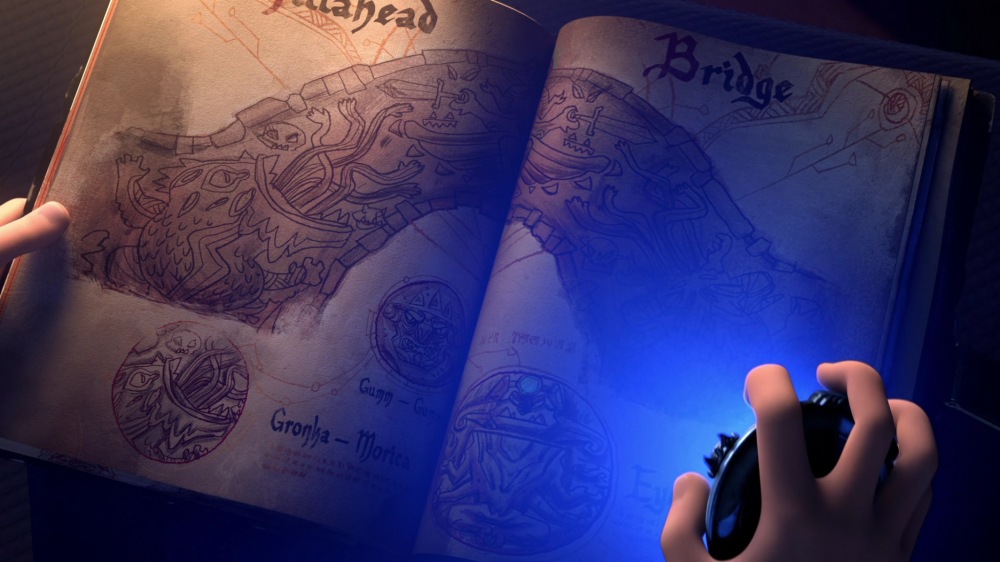 Ooooh cool! The light from the amulet turns Troll language into English and English into Troll language. That would be really good for cheating in a test. Not that Jim would ever consider doing that. Seriously, that idea doesn’t actually cross his mind. Besides, teenaged boys are renowned across the land for their honesty and integrity. 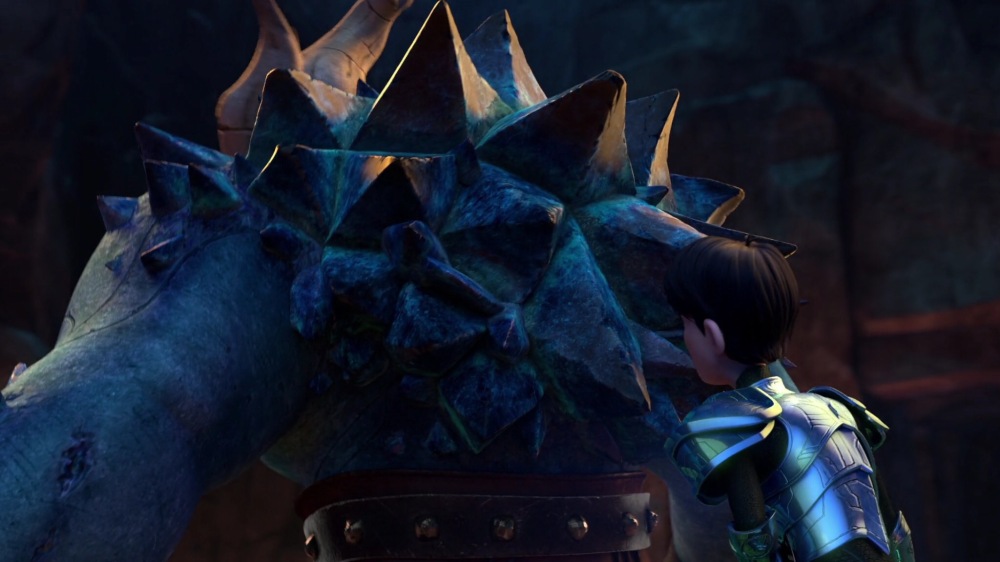 Seriously? That’s his only weakness? Well, Draal would’ve made a great Trollhunter if it weren’t for his enormous back. And that’s another thing! He keeps going on about taking back what’s rightfully his and how the amulet should’ve gone to him. I think he’s forgotten about the huge spikes on his back. How can he even wear the armour? He didn’t think about that did he? 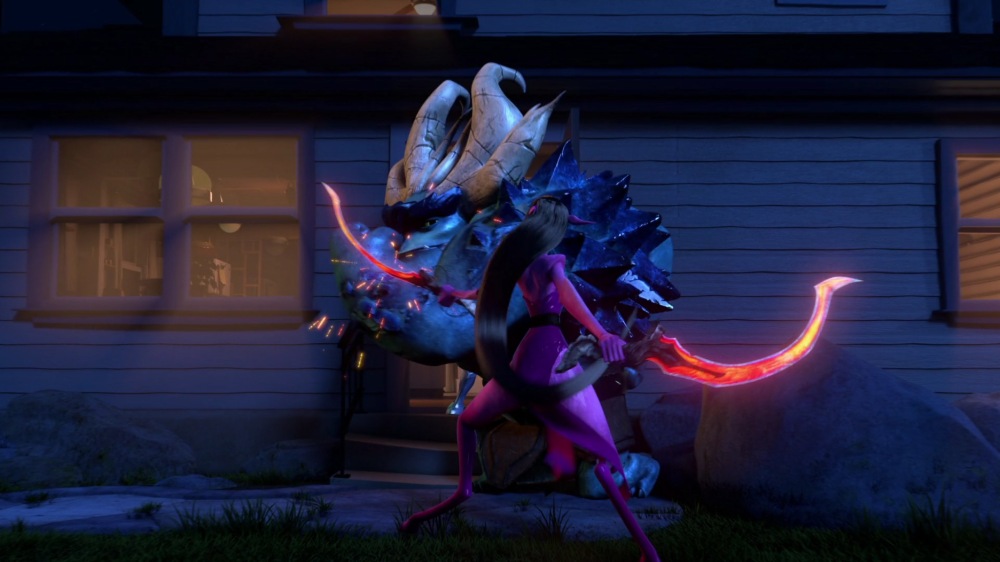 Epic troll battle! These two were moving so fast it was hard to figure out what was going on, and even harder to take a picture. It’s pretty cool that Draal is actually protecting Jim rather than trying to crush him like before. Also, it sounds like these two have a history. Oooh!

Yay! Draal’s a good guy now! I like it much better when bad guys become good guys, than when villains and bullies with so much potential are wasted on battles and other bad stuff. This is way more adorable. When Draal isn’t after revenge, he’s actually a very likeable character.

This was a really good episode, so many interesting things happen. Jim has an epic rematch and defeats Draal, but spares his life. And it pays off when that creepy museum lady comes after him and Draal fends her off. Stay awesome and keep watching cartoons, Toonbiter out!