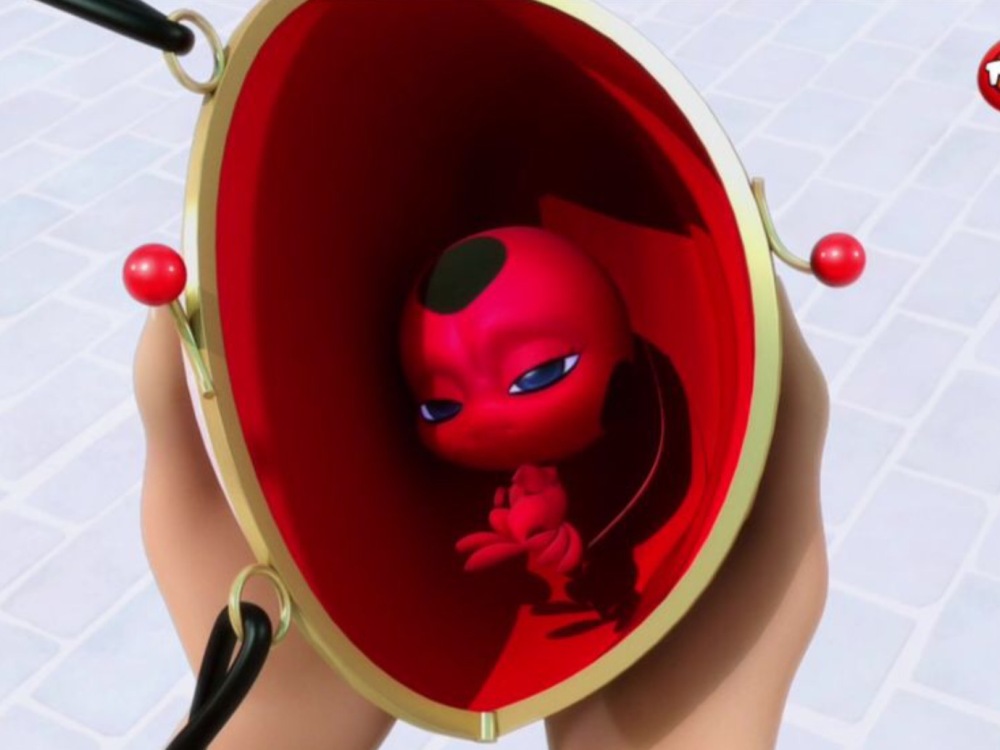 Seriously? This is like the oldest trick in the book. This man is guarding a hotel where famous people stay, so fans must always be trying to get in and have surely tried these strategies already. A girl has just tried to get in and see Chloe. How can you not tell that this pizza person is the same girl? Then again, I guess that’s kinda the same as asking why Ladybug and Cat Noir can’t figure out each other’s identities. 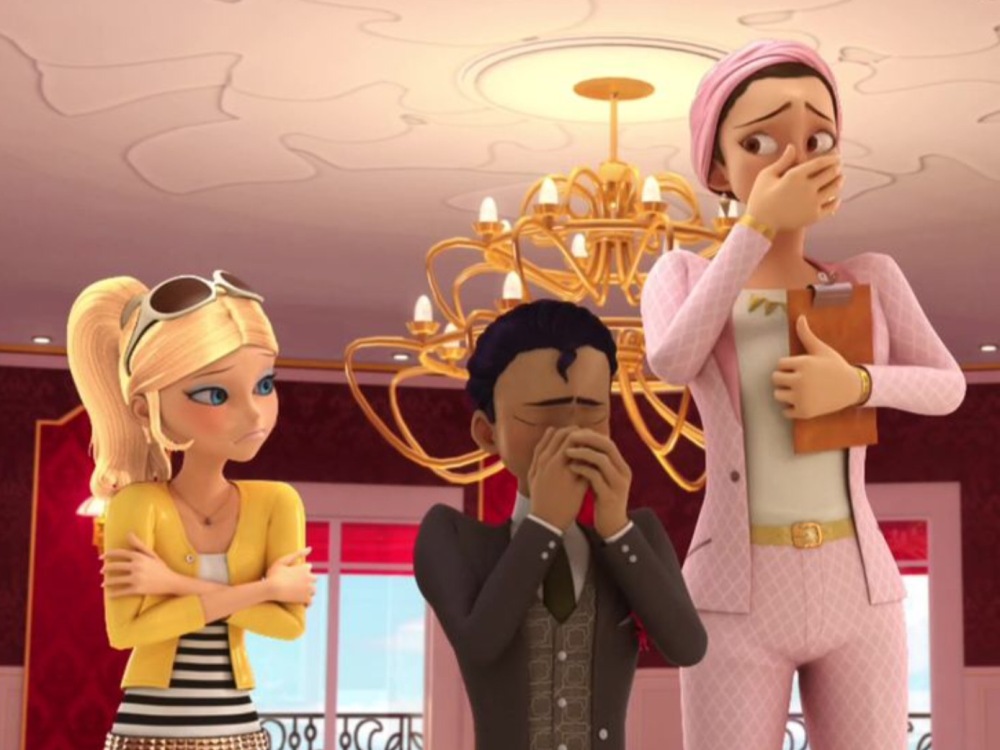 I really enjoyed watching Chloe being sprayed with stinky fish perfume. I like how everyone knows that she smells, but they don’t bother keeping it to themselves. Instead they cover their faces and move away. Serves her right! 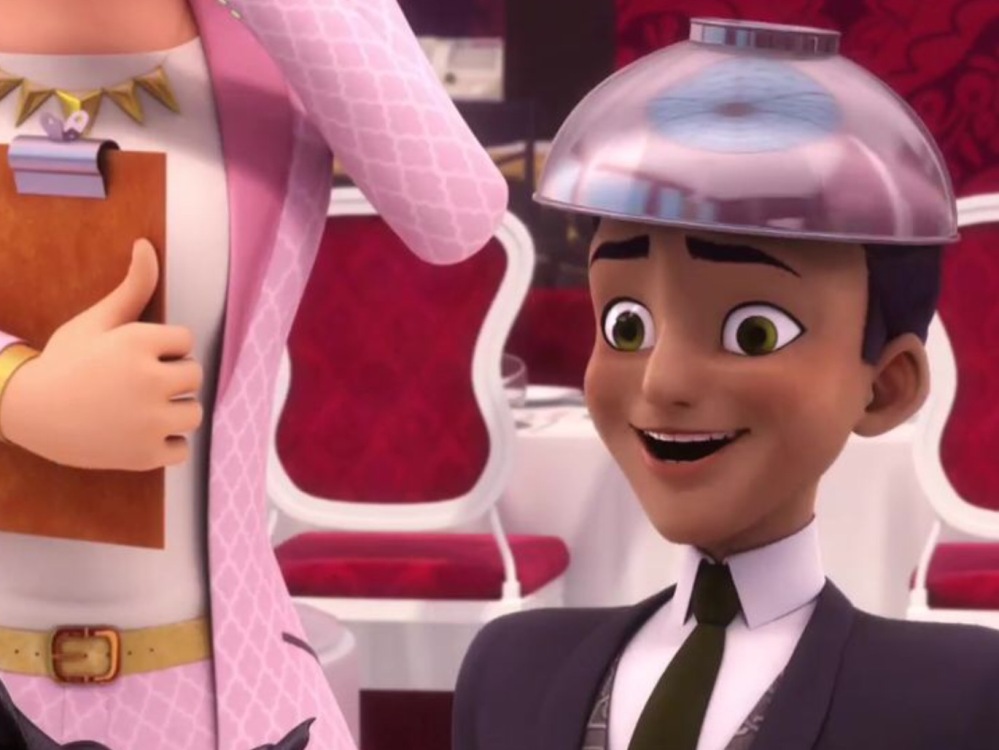 Prince Ali is hilarious. He doesn’t really take anything seriously, and I love how all Chloe’s attempts to flirt with him completely backfire. It’s like all he wants to do is have fun, and he sees dangerous activities as a big game. What’s even more funny is he’s voiced be the same guy who does Hawkmoth. 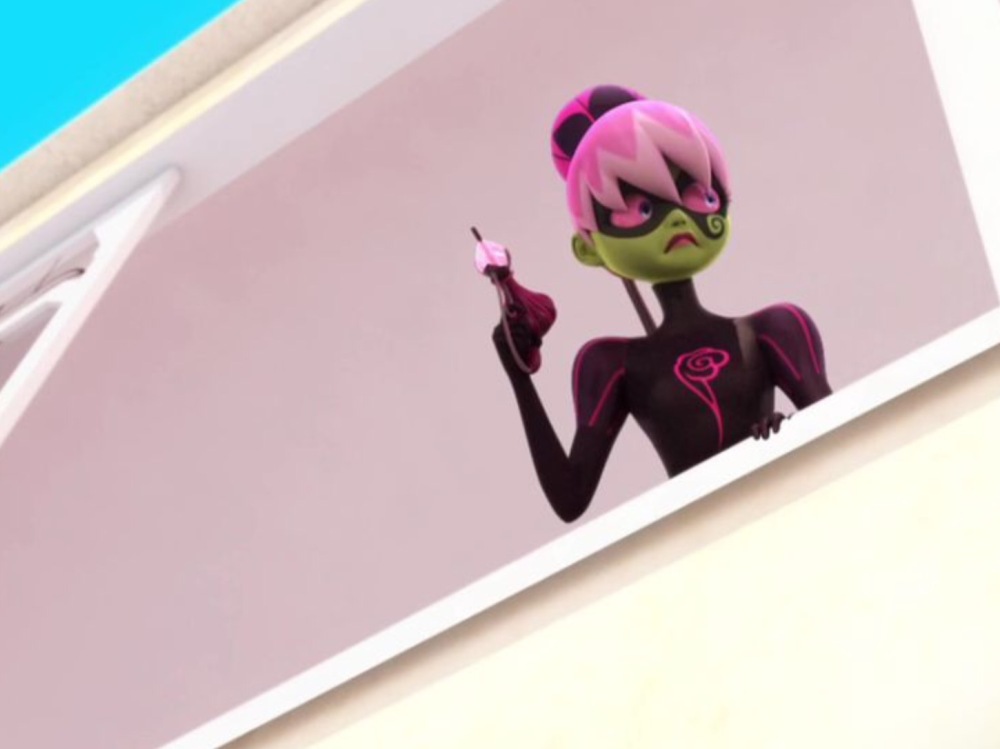 Princess Fragrance is a very interesting villain, and the complete opposite of her original character. Rose is meant to be sweet, innocent, and always thinking of others. Princess Fragrance seems almost hysterical at times, and a little bit cuckoo. Seriously, I think a few of her bolts got loosened.

Geez, poor Tikki’s been handled rather roughly. She did a pretty good job pretending to be a toy, and when she was sick too. I can’t believe that after all that, she still wants to transform. This is one very brave kwami.

It’s pretty funny how anyone sprayed with Princess Fragrance’s perfume starts singing, but that was nothing compared to how rib crackingly funny it was to watch Cat Noir sing “Cataclysm!” I honestly don’t think I can ever hear that word the same way again.

Umm, how did Prince Ali know Rose’s name? She didn’t actually tell it to him. Maybe he can telepathically communicate with her, or maybe he read her mind. Or perhaps the script writers just overlooked that bit.

I like this episode, but there is absolutely no Ladybug and Cat Noir teamwork. Instead, we see them working on their own, which doesn’t work out very well for Cat Noir. I wish the writers would stop picking on him, for some reason he’s always the one who’s rendered helpless by the villains. I also found it interesting that Tikki could get so far away from the Ladybug earrings. I’d always assumed there was a limit to the distance a kwami could be from their miraculous. And what happens if they get separated, and the holder tries to transform? It is a mystery…