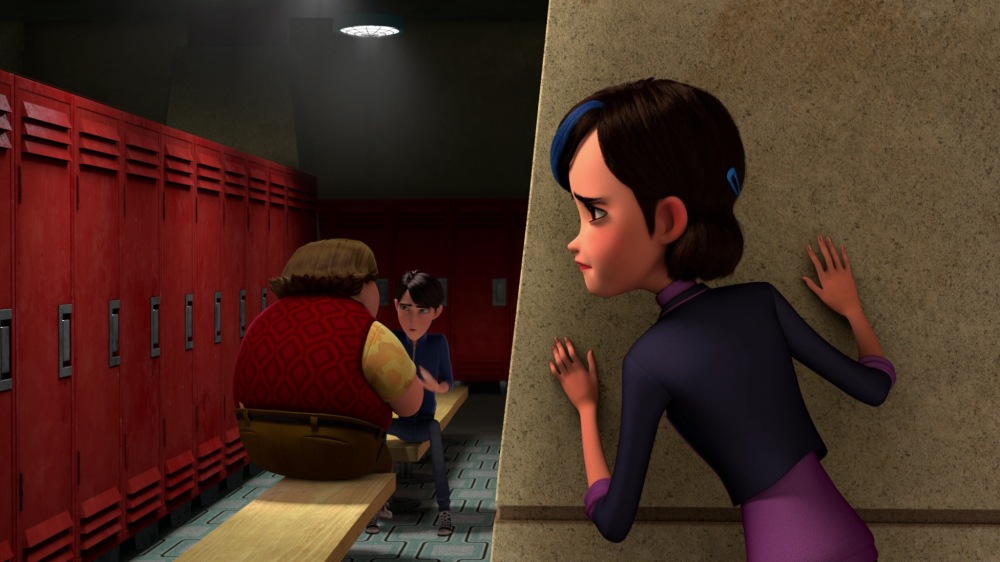 Claire both impresses and confuses me. It’s always been obvious that Claire’s extremely intelligent, but there’s still quite a few things about her that don’t make sense. The first thing I don’t get is her crush on Jim. She’s got all the right qualities to be very successful in life, why would she even bother with boys, they’d slow her down. Secondly, I know she’s investigating and all, but I don’t know anybody who’d think it was a good idea to enter the boys’ locker room. And why is it so clean in there? 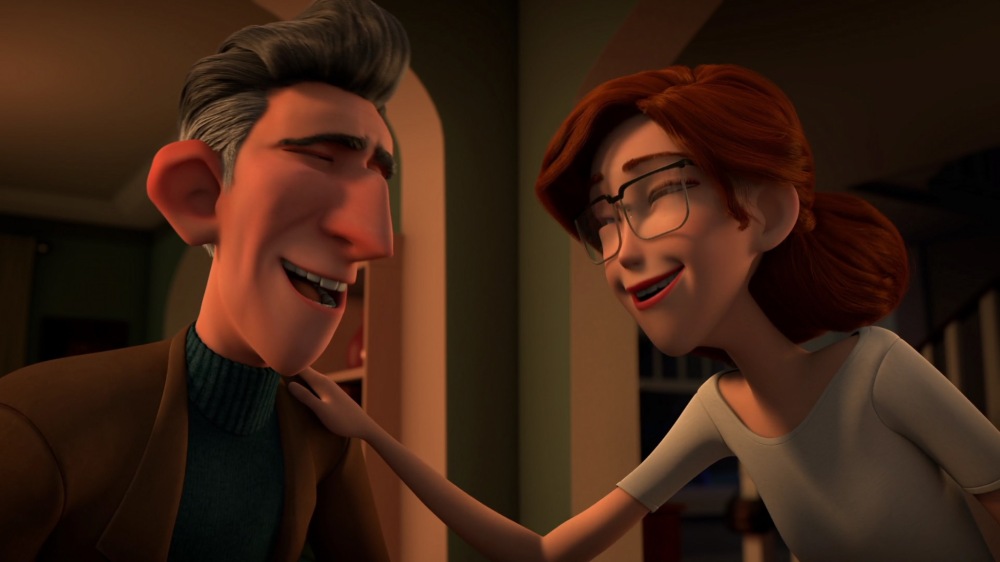 Yes, yes, the teacher’s hitting on Jim’s mother and it’s annoying, I’ve already told you that. Were you listening carefully to their conversation because it’s actually kinda disturbing. Strickler’s going on about bringing his ‘coworker’ a midnight snack that gave him indigestion. Sound familiar? This actually happens in a previous episode, and Strickler’s midnight snack turns out to be the museum security guard. He just said to Jim’s mum, ‘that’s what happens when you eat Italian.’ In case you couldn’t figure it out, he means Italian human. 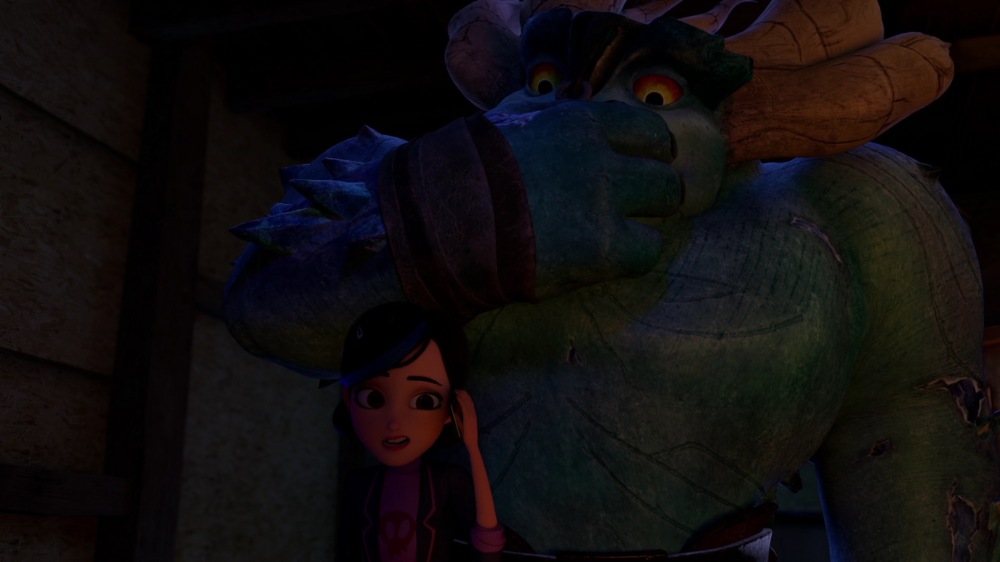 I feel sorry for poor Draal. He’s locked in the basement with Jim’s crush, receiving mixed signals from upstairs. I loved how he picked up a chair when Claire was climbing through the window. He’s a massive troll with spikes on his back, I don’t think he needs to worry about anything that’s small enough to fit through that window. 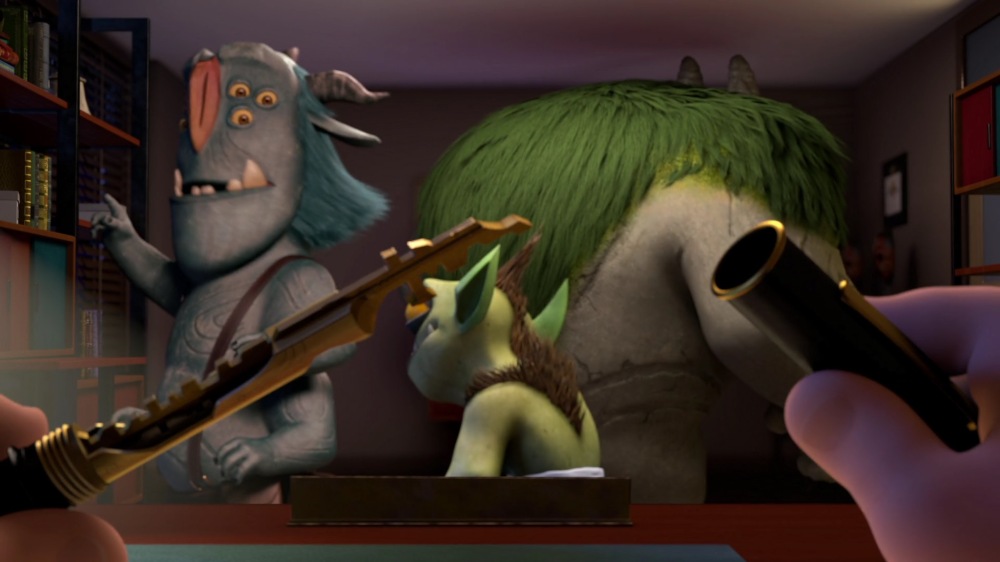 Aha! The fountain pen that Strickler’s constantly fidgeting with is actually a changeling key! I guess it’s kind of fitting that it’s disguised as something else. What I don’t understand is why Strickler didn’t just take it with him, instead of risking leaving it in his office. And how did he get that office renovated to have a secret room without anyone noticing? 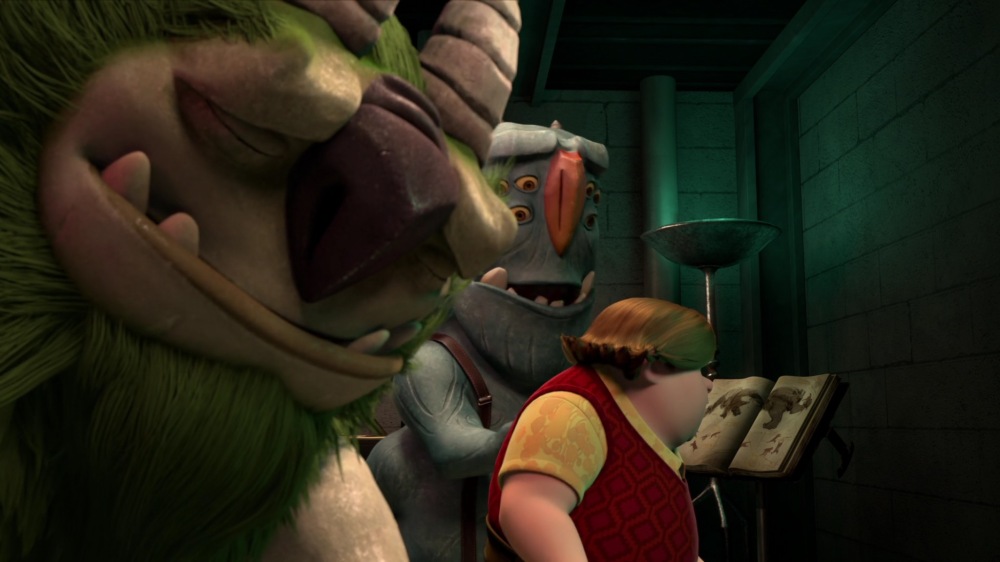 Ooh! Backstory alert! Aaarrrgghh used to be evil. Not only that, he was a high ranking general and he ate people. Well, this explains his sudden fits of scary glowing eyes and stripes, and crushing video game remotes. It also explains why he’s so determined to remain a pacifist. 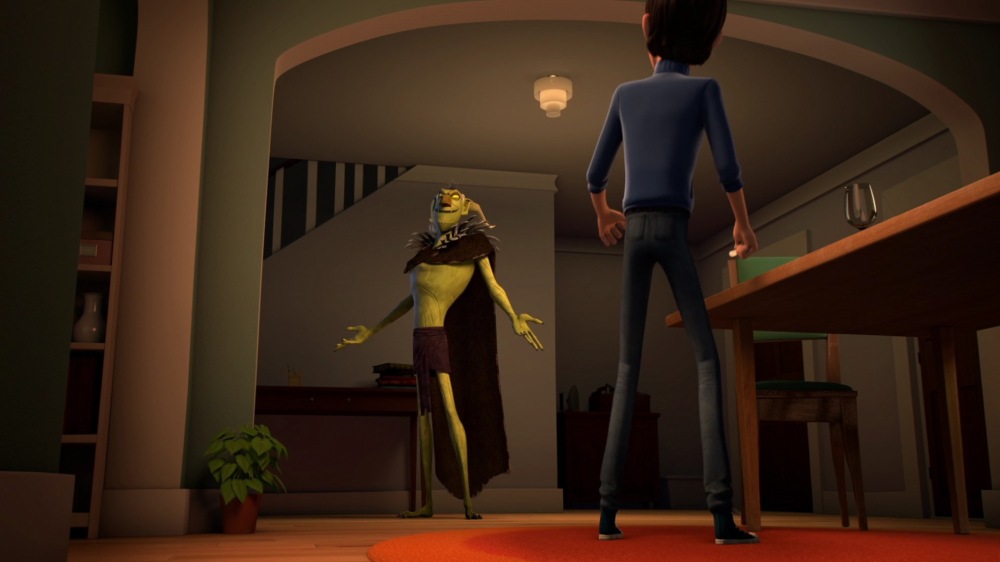 Umm…wow. That’s…not what I was expecting. He’s green. And half-naked. And for some reason is wearing a scarf made from sharp metal spikes. I bet that’s ended badly on a few occasions. Wait, if that’s all he’s wearing, what happened to the clothes he has in his human form. Are they part of him? What happens if he loses a shoe? 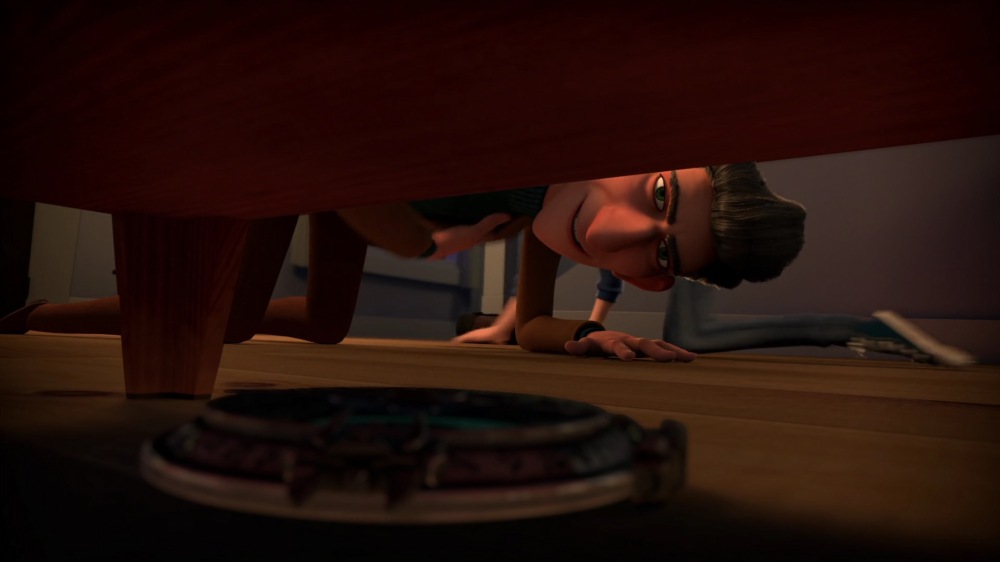 Uh oh. Strickler’s switched the amulet with a fake. Not good! I’m liking that sneaky changeling less and less as the show goes on. He was alright at first, but all of the hitting on Jim’s mother, working with the bad guys and trying to kill the main character make him seem like a bit of a git. 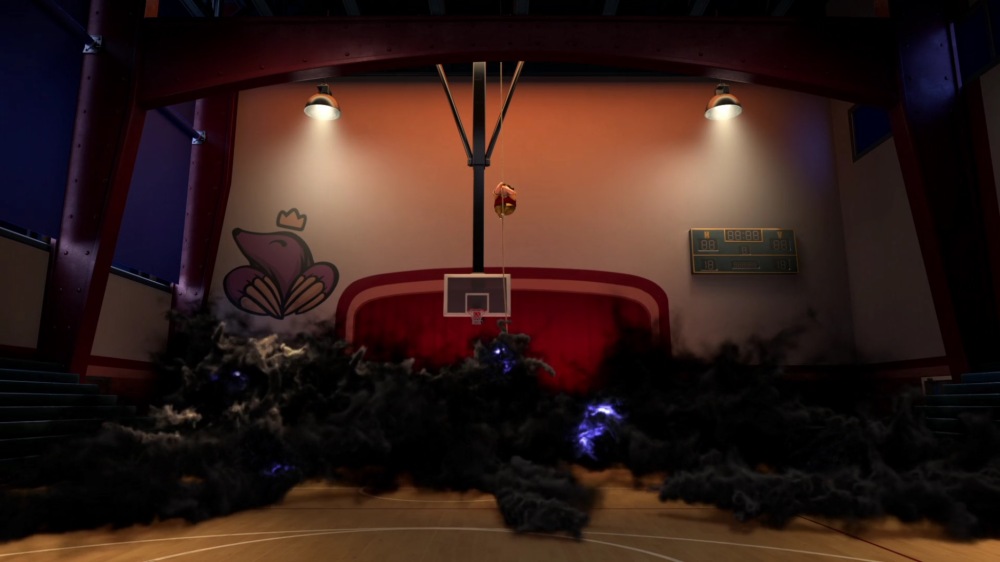 Hey, he did it! Toby has finally managed to climb that stupid rope. I guess it’s pretty easy to stay motivated when your life’s in danger. Maybe the school should keep a evil, viscous, dangerous smoke monster in the gym 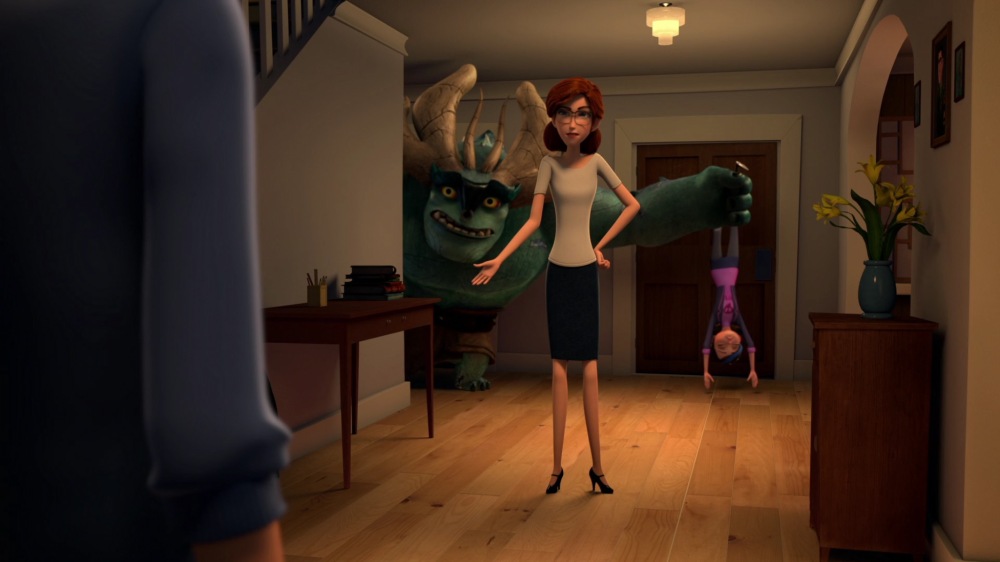 I have to say, that smoke monster was pretty cool. I mean, yes, it was attacking the main characters, but I still thought it was cool. Things are also going to get pretty interesting, now that there aren’t any secrets between Jim and Strickler. Also, we witnessed a woman’s extraordinary ability to set an apple pie on fire. Honestly, before this episode, I didn’t think that was possible. Stay awesome and keep watching cartoons, Toonbiter out!